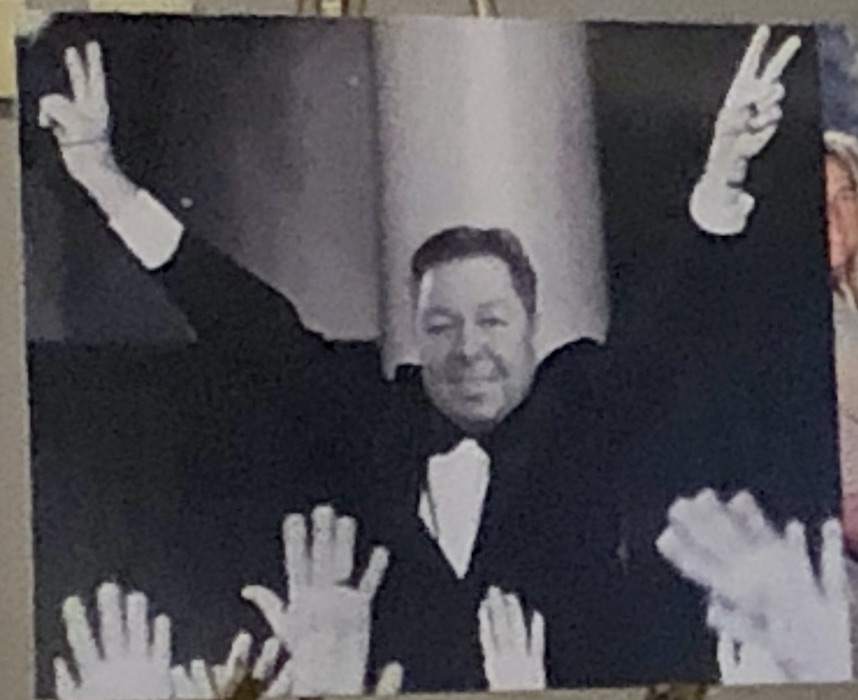 Steve Nixon gives the victory sign as it was announced he would serve as 2019-20 president of the Newspaper Association Managers. Oh the power of PhotoShop!

Nixon, who has led the Canadian Prairie press association since 2003, has 16 years in newspaper association experience. Although hailing from New Zealand and involved in agriculture, he was also an owner of a commercial printing plant in Australia for 10 years.

Nixon urged conference attendees to continue the drive on the relevance project. (See https://members.kypress.com/articles/press-associations-want-to-make-newspapers-relevant-so-nam-launches-relevance-project/ in last week’s On Second Thought for information about the NAM Newspaper Relevance Project.)

“I am concerned about our industry not taking advantage of its existing assets in order to fight back against the social media tidal force that would seek to dismantle top quality, honest journalism in favor of unvetted opinion pieces,” he said. “This, I fear, will weaken the democracy that so many before us fought so hard to create.”

Founded in 1923, NAM is a coalition of state, provincial, regional and national North American trade associations serving the newspaper industry.