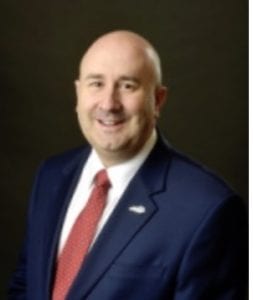 Following its December Executive Board of Directors meeting, KLC President and Jeffersontown Mayor Bill Dieruf said the Board had unanimously selected J.D. Chaney, the organization’s Deputy Executive Director, to immediately assume the role of Executive Director/CEO. The League of Cities is an Associate Member of the Kentucky Press Association.

Dieruf said, “J.D. has the passion for cities and communities like no one else. He is our strongest advocate and greatest cheerleader. He also has an unmatched understanding of city government, state government and the KLC organization.”

Dieruf said the Board is thrilled about the future of KLC under J.D.’s leadership. “He is a person of transformational vision and outstanding integrity.”

Chaney has worked at KLC in a variety of positions over the past 18 years including Deputy Executive Director over membership, Director of Governmental Affairs and Chief Legal Counsel.

“I am honored that the leaders of Kentucky’s cities have placed their confidence and trust in me to assume this role along with our excellent team of employees,” said Chaney. “At its core, the Kentucky League of Cities is about serving those who serve their communities. Our focus will be on constantly improving our programs and advocacy efforts to help support city leaders in their tireless efforts to build a better quality of life for their citizens.”