More comfortable about a future in journalism 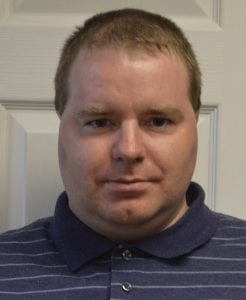 Getting an internship was an intimidating prospect to say the least. Moving to an unknown town, finding a place to stay and working with people I haven’t even met yet kept me on edge up until my first day.

However, it turned out finding a place to stay was the most difficult part of my internship at The Record in Leitchfield.

My first story here was about Leitchfield’s softball fields being redone. The skills I learned at Murray State immediately kicked in. After attending a couple of meetings, and some guidance from my editor, I drummed up some questions for the parks director to answer.

It was around this point that I was given a crash course on photography. The Record had an old Nikon D200 they let me use for this; beat up but functional. I’ve probably spent just as much time taking pictures as writing articles.

An early event required us to go to a high school graduation that was 300 strong; I was told this is the biggest class they ever had. I got there early per my editor’s instructions to get us the best spot. While she was stationary near the stage, I was slipping through the crowd looking for more photo angles.

I’ve talked to everyone from public officials down to an old man on his death bed. I covered everything from city council meetings to Warren RECC’s 80-year anniversary to an old-time fiddling contest.

Along the way I started relying on my own handwritten notes to save time, instead of transcribing recordings, which I’d always done at Murray State News.

My editor took me to a special meeting she was covering at the extension office where U.S. Sen. Rand Paul was a speaker.

Thanks to my time here, I feel much more comfortable about my future in journalism.