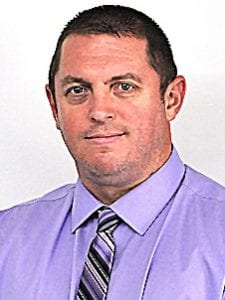 Jeff Moreland, publisher of the Central Kentucky News Journal and Springfield Sun, is leaving the newspapers. Landmark Community Newspapers announced Jeff’s resignation on Thursday, adding Jeff “will be leaving the company to begin a new chapter in his professional life in a communications position with Isaiah House, a faith-based residential and out-patient substance abuse and sober living treatment facility for men.”

Jeff has been District 12 representative on the KPA Board of Directors and earlier this week won another three-year term, defeating Sharon Burton, publisher of the Adair County Community Voice in Columbia. Sharon will take over Jeff’s seat for District 12 that includes Adair, Casey, Clinton, Cumberland, Green, McCreary, Pulaski, Russell, Taylor and Wayne counties. 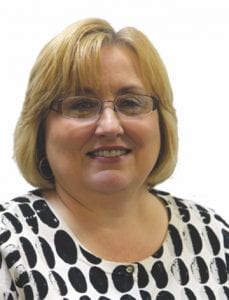 His career with Landmark’s community newspaper division began in December 2005 when joining the company as general manager of The Springfield Sun. In 2010 he was named publisher of the weekly newspaper serving Washington County.

In 2011 Moreland was promoted to Publisher/Editor of the Central Kentucky News-Journal and provided leadership to the operation through both structure and publication frequency changes.

Prior to his career with LCN, Moreland served as editor of American Farm Publications in Easton, Md. Before that, he worked at the Citizen Voice & Times in Irvine, Ky., where he rose from sportswriter and photographer to become the publication’s editor between 1997 and 2002.

Sharon served the last three years as a State At-Large Board member and is also one of the candidates for KPA Vice President for 2019.

Balloting for the VP post ends Monday, November 19. With Jeff’s resignation from the Board and as candidate for Vice President, that leaves three vying for the post: Burton, Dennis Brown with the Lewis County Herald and Regina Catlett, Sebree Banner/Sturgis News.