10-week internship showed her the personal side of journalism 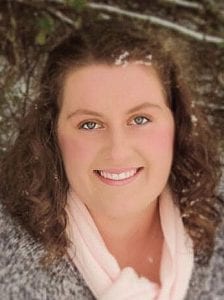 I don’t want this essay to start with the well-worn expression, “This was a great experience and I am so grateful for the opportunity that the Kentucky Press Association has provided me.” While that is all true, for me that would make for a very boring, very ordinary lead.

So instead ­­— Blood, Drugs and Murder.

During my time at the Corbin News Journal, I was exposed to a side of journalism I did not realize existed. As a consumer, I read stories and thought, “Huh, well that was gory,” or, “That’s really awful; I’m sorry that happened.” I didn’t stop to think about the journalist who wrote the story. The journalist who probably knew the members of the family that died in the house fire. The journalist who probably knew the mother who was murdered yet still had to write the story about it. I did not think about the journalist, but now I do. I don’t want to sound like I was completely ignorant before this internship. I wasn’t. I knew that someone wrote those stories, but the only experience I had with journalistic writing was my student newspaper. Student journalists are often shielded from the most gruesome stories in order to write the wholesome, feel-good stories our peers expect from us.

Through this internship, I learned that the blood is real. Journalists don’t just write stories because they are interesting. In some way, each story we write has an individual connection to us. The first car accident that I covered was a young man who had just graduated from Corbin High School. I knew he had just graduated because he still had his cap and gown in the back seat of the vehicle. When my mentor and I arrived at the scene, the young man was standing outside of the vehicle holding a rag to his face. The rag, once white, was turning pink. I didn’t know the man, but I knew his school. I knew that he had just celebrated a tremendous accomplishment. I knew that the winding back roads of Eastern Kentucky can be dangerous for even the most experienced driver when it’s raining. I knew, and the blood was real.

Despite the hedge of protection often forced on students, drugs are real and prevalent. In Kentucky, it is no secret that drugs like methamphetamine are everywhere, but as students we hear the phrase, “war on drugs” or “don’t do drugs” so much that I personally had become desensitized to the problem. Drugs became this almost abstract concept that just seemed like a “buzz word” meant to only draw a reaction from politicians. While completing this internship, I began to understand just how many of these “buzz words” in our society have actual consequences. I covered stories about individuals who were arrested for possession, distribution and manufacturing drugs. I followed a federal court case involving a former police officer that had been manufacturing and distributing drugs along with being in possession of multiple firearms. During the re-arraignment, the convicted agreed to a plea bargain. The plea bargain allowed him to spend a little more time with his child who was only months old at the time. I remember overhearing the gentleman quietly thanking the prosecution for the bargain because of the time he had with his daughter as he shared pictures with the attorneys. In that moment, it hit me that he had a daughter who would not know what it was like to have her biological father out of prison for a number of years. The gentleman was going to miss watching her first steps and hearing her first words all because of drugs.

In lieu of society’s training, humans are accustomed to labeling individuals based on singular actions without asking for the story surrounding the event. We have been conditioned to forget, the villain is never the villain in his or her own story. Throughout the duration of this internship, I was able to meet and interview a wide variety of individuals. The community reveres some while others are shunned and considered villains. Still yet, others were considered famous throughout the United States because they were athletes, musicians or television stars. I interviewed individuals who fell into every one of those categories, but I learned the most from those shunned or villainized. The News Journal gave me the opportunity to conduct a jailhouse interview with a woman who had allegedly helped murder her own mother. After entering the interview room, I realized that it was just her and me. There was a camera in the room, but there was nothing to stop her from attacking me. Honestly, I was scared. I knew what she was accused of, and I was alone in a room with her. I steadied my breathing and just asked a simple question, “What is your side of the story?” The woman poured out her heart and soul. Her story was implausible in so many ways but it didn’t matter because she was telling her story. Her words were her truth. Everyone thought she was a villain; I did too before talking with her. After that interview, I came to the realization that the villain is never the villain of his or her own story, and no matter how implausible it may be, shouldn’t everyone have the opportunity to have their story told the way they believe it happened?

I know this essay is supposed to be about what I learned from the News Journal and it is. The knowledge I received from this internship was more than just how to layout a newspaper or the proper format of a news story. What I learned was more than just how to talk to people. This internship taught me what it means to be a true journalist. One, I know now every journalist has a connection to every story they write. The blood is real and someone had to see it to write about. Two, “buzz words” are more than just words. They have a deeper meaning that only those who have experienced it or write about it know, but we as journalists have the responsibility to try to explain them to everyone else. Three, a journalist has to be a human first in order to see the story that is different than everyone else’s preconceived notion.

Thank you to the News Journal for giving me these experiences so that I could learn what being a journalist truly means. I have learned all of the technical skills as well, but the most important lessons were those that you, nor I, realized I was learning.