By Teri Saylor for the Public Notice Resource Center

Examining the public notice display in newspapers, their tombstone layout and dry legalese may not appear to be riveting journalism. But scratch beneath the surface and you may find a treasure trove of great stories. 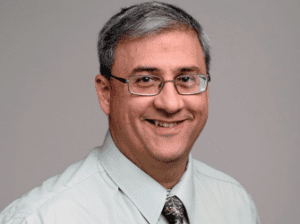 Just ask Jim Lockwood, a reporter at the Scranton (Pa.) Times-Tribune, who has won numerous awards for stories gleaned from perusing the public notices in his own newspaper, a practice he started early in his career as a reporter in New Jersey. Public notice advertisements are Lockwood’s go-to resource for everyday reporting.

“In New Jersey, we ran the municipal and school board budgets, and they would take up an entire page,” he said in a recent phone interview. “As a young reporter, I came to rely on those budgets for story ideas, background and facts.”

That’s also when he started clipping those budgets and other notices and filing them away for easy reference.

Brandishing a pair of scissors, his favorite old-school tool of the trade, Lockwood dives into the public notice pages first thing every morning, clipping out anything of interest to him or to colleagues on other beats. While he knows public notices are available on the Times-Tribune’s website, he prefers reading them in print because their distinctive layout makes it easy for him to quickly find what he needs and to file them away for future reference.

“My younger colleagues make fun of me because I always have my scissors ready,” he said. “But if I try to search for public notices online, it’s like looking for a needle in haystack.”

Reading public notices for story ideas is a skill Lockwood has acquired through years of practice. He can look at most notices and tell, at a glance, if they hold a key to unlocking a good story.

Lockwood’s sharp eyes and skilled follow-up have earned him several prestigious awards over the years, including PNRC’s Public Notice Journalism Award in 2015, and every public notice award in the Pennsylvania NewsMedia Association’s annual journalism contest since that category was opened in 2014.

This year, he won a first-place award in PNA’s contest and an honorable mention in the PNRC competition for his overall coverage of municipal issues discovered in the Times-Tribune’s notices. The notices inspired extensive reporting on a variety of topics including the municipal budget, a delinquent-tax sale affecting 1,900 properties, local government plans to divert federal money allocated for a bridge repair to a variety of street paving projects, and one of his favorites — the sale of the local sewer authority to a water company.

“The EPA mandated the sewer system be upgraded but the city was cash-strapped and needed money,” Lockwood explained. The Scranton Sewer Authority’s operating permit was also up for renewal.

From reading public notices, he was able to piece together the news that Scranton was planning to either lease the system to a third-party operator or find a buyer. The Pennsylvania American Water Company offered $195 million to purchase the system.

Lockwood’s stories on the sale of the sewer system walked his readers through the process all the way to the final meetings at which city officials determined how to spend the sale proceeds.

Lockwood also pointed to a notice announcing the daily withdrawal of 5 million gallons of water from a river, which raised many questions, he said.

“Is that a lot of water, not a lot? How much water is getting pulled out of the river on any given day? Is it harmful to the river, not harmful, where does the water go?”

Public notices provide a never-ending supply of story ideas, Lockwood said. There are estate sales, meeting notices, sheriff’s sales, and seizures of drug money.  And despite many public officials’ claims that paying to publish public notices is too expensive for taxpayer funding, he points to a time when Scranton got a big return on investment in public notices after publishing a list of delinquent taxes for the first time in several years.

“If people don’t pay their taxes, the result is a tax lien on their property,” he said. “The liens are supposed to be published, but the city didn’t publish liens for years, and when they did, the notice filled up 10 newspaper pages.”

Normally, when Scranton publishes tax lien notices annually, they run about three pages and while that does cost money, cities can re-coup the expense when residents pay their taxes.

“Citizens see their names listed and pay up,” Lockwood said.

As people pay their taxes, their names come off the list and the ad counts shrink, he added. The municipality ultimately benefits from running the ads because taxes get paid. It’s a great return on their investment.

Some public notices are detailed. Others are skimpy. Lockwood often focuses on the brief ones like those that announce a “special meeting for general purposes.” He looks for hooks, usually buried deep in the notices where they “sometimes create just a small crack in the door,” he said.

Sometimes public notices are like a missing piece of a puzzle leading to a larger story or a new angle in an ongoing story. Lockwood recently saw a notice announcing environmental hazards had been discovered at the site of what he later learned was a former natural gas plant operated by local utility UGI.

“At first it was not apparent to me what site this was, so I showed (the notice) to a colleague who recalled writing about the UGI site years ago,” Lockwood said. “Once he mentioned the exact location, I recalled that I just recently wrote about a proposed new trail to connect to the site that the county wants to make into a park.”

He plans to update his previous story to inform his readers that the site for the proposed park needs some environmental remediation.

Sometimes government officials like to joke with Lockwood about helping him win awards by publishing public notices. He just laughs along with them, grabs his scissors and newspaper and moves on to the next story.

Teri Saylor is a freelance writer in Raleigh, NC and reports on community newspapers for the Public Notice Resource Center (PNRC) and the National Newspaper Association. PNRC is a nonprofit organization that provides information and education about the value of newspaper notice and the public’s right to know. More information is available at pnrc.net.