Both have national platforms as journalists. Colloff is a senior reporter for ProPublica and writer-at-large at The New York Times Magazine. Fahey serves as global health and science editor for The Associated Press. During separate events April 18 at Northern Kentucky University, both described challenges in accomplishing their public service missions while still engaging readers and viewers. 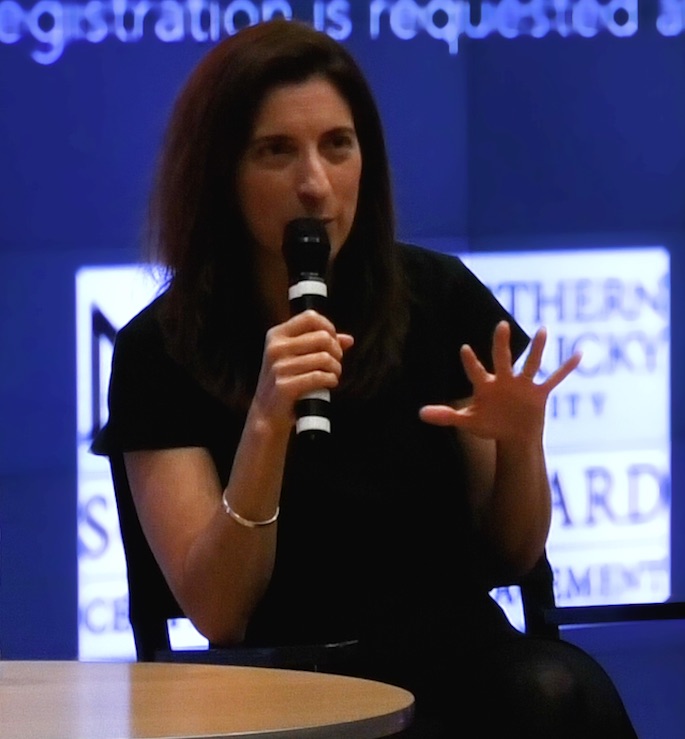 Colloff approaches the challenge by marrying topics of deep public interest with narrative storytelling – a technique that earned her the Scripps Howard Award for human interest storytelling for “Blood Will Tell, an investigative series about the reliability of blood analysis in identifying criminals told through the personal story of a high school principal convicted of killing his wife.

“In addition to investigating stories, I’m most interested in telling the human story behind those facts,” Colloff said. “Otherwise people just aren’t going to care.”

Fahey, who oversees the AP’s reporting on topics from public health and medicine to astronomy, space, climate and the environment, said some stories like the first pictures of a black hole can easily gain attention. “That’s just cool,” he says. “Everyone wants to read that story. But it’s very hard to get readers interested in a whole group of chronic conditions that are really important.” He ticked off examples like obesity, diabetes, addiction, climate change and the flu.

Like Colloff, Fahey emphasized telling stories through people as a way to reach audiences. “We’re on the lookout for narratives – characters,” he said. “We need to personalize the facts and make them relevant.”

Both Colloff and Fahey also discussed the importance of accuracy and described extensive fact-checking processes that include verification with sources outside the original story. Colloff said she annotated every sentence of the “Blood Will Tell” series, with links to the original source material. She said journalists can maintain that deep commitment to getting the facts right without sacrificing the emotional power of storytelling.

“You don’t have to write flatly to be fair and objective,” she said. “You can still be descriptive and give people a voice.”

The journalists’ visits were jointly supported by NKU’s College of Informatics and the Scripps Howard Center for Civic Engagement.