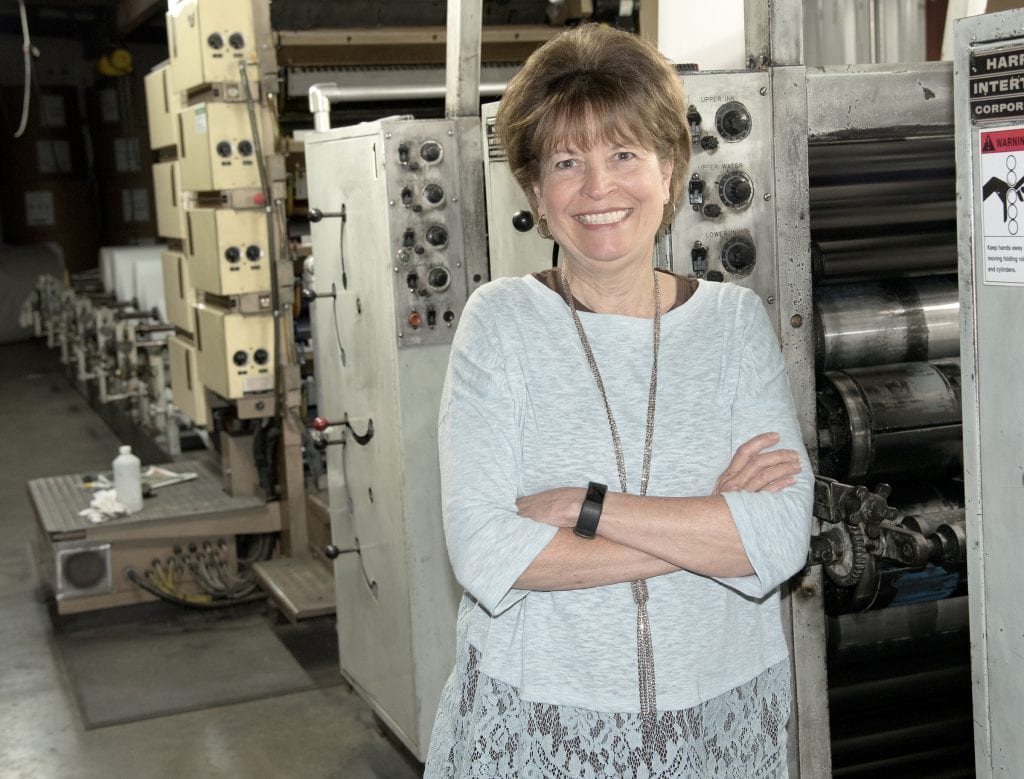 Andy Anderson Corporation General Manager Jowanna Bandy has announced she will retire June 28 after serving 18 years leading the company. AAC is the parent company of the Leader-News in Central City, The Ohio County Times-News in Hartford, Paragon Printing, and Radioactive Media, an operator of four radio stations in Muhlenberg and Ohio counties.

Bandy began her GM duties with AAC in May 2001, following the closure of SuperValu in Greenville, where she worked for 20 years as the manager of advertising and marketing. Prior to her work with the grocery supply company, she had worked at the Leader-News as a graphic designer.

“I have truly enjoyed my time here and my job working with the community,” Bandy said. “This is a very public job, but I’ve always tried to keep the attitude we are here to serve the community. I have a deep love for this community, and will continue to serve it, just in other ways.”

Bandy is a native of Muhlenberg County and a 1975 graduate of Central City High School. She said she has witnessed a number of changes in the newspaper and broadcasting industries in her 18 years at AAC, though she is proud of the innovations the company has embraced in that time.

“We’ve been very open to the changes,” Bandy said. “Some of the highlights for me have been the addition of color pages for our newspapers, made possible with printing upgrades in our pressroom, which is one of the few family-owned press operations in Kentucky. We’ve had several computer and production equipment upgrades in those years, along with two new radio towers, radio broadcasting control room upgrades and four new transmitters. As well, our commercial printing business has grown quite a bit, too.”

Bandy said working for the Anderson family has been a rewarding experience; the company is now headed by Andy Anderson. His parents Andy and Victoria Anderson previously operated the organization, with Bandy working early on with Mrs. Anderson.

“She was a wonderful businesswoman,” Bandy said. “Mrs. Anderson taught me so much, and was a leader by example. The Anderson family have been great to me and wonderful people to be associated with. For that matter, there is a caring and conscientious atmosphere among my work family. I am confident the community and the business are going to be well-served by those employees who will see to our news and broadcasting priorities into the future.”

Bandy said she plans to spend more time on the farm she and husband Mark own. “He’s my best friend, so I’m certainly looking forward to spending more time with him,” she said.

As well, daughter, Kacey, and son, Bryan, have families of their own, and Bandy plans to spend much more time with her five grandchildren.

“I’m retiring from the public work life, but not from my community,” she said. “There are a lot of needs in the community and a number of things I am involved with through my church, so there is going to be plenty to keep me busy.”

The public is encouraged to visit the offices of the Leader-News Monday, June 24, from 9 a.m. until 4 p.m., for a retirement open house honoring Bandy’s service to the community.