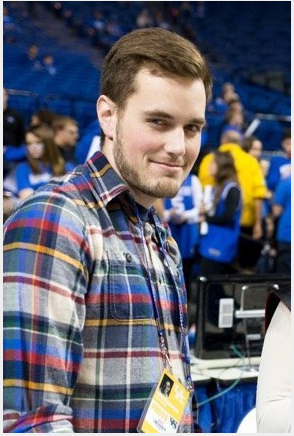 Prosecutors are no longer seeking the death penalty for those charged in the 2015 shooting death of Jonathan Krueger, and the jury trial in the case has been rescheduled for April of 2022.

Justin Delone Smith, Roman Gonzalez and Efrain Diaz, Jr., are each charged with murder and two counts of robbery in connection with Krueger’s death. Smith is also facing charges of tampering with evidence and fleeing or evading police.

Krueger, a University of Kentucky student and photographer of The Kentucky Kernel, the student newspaper, was fatally shot on April 17, 2015 while he and a friend were walking near campus.

During a status hearing for the defendants in the case Wednesday morning, the jury trial, which was previously scheduled to begin in May, was pushed to April 4, 2022.

Kim Green, a defense attorney representing Smith, said during the hearing that there had been negotiations toward a plea deal, but that they’d not gone forward because a stipulation that all of the defendants had to be in agreement on the plea could not be met.

It was also mentioned during Wednesday’s hearing by assistant commonwealth’s attorney Amanda Morgan that the death penalty is no longer being sought in the cases against Smith and Diaz.

Gonzalez was never eligible for the death penalty because he was a juvenile when the shooting occurred. If convicted, he could face life in prison without the possibility of parole for 25 years.

The question of whether Smith and Diaz should be eligible for the death penalty was part of a legal battle that ended when the Kentucky Supreme Court declined last year to make a ruling on the question. It was too early to make a decision in the matter, because none of the defendants in question had actually been convicted or sentenced to death at that point, according to the court.

The question was first raised in 2017 when Fayette Circuit Court Judge Ernesto Scorsone ruled in another case that people under the age of 21 at the time of an alleged offense should be ineligible for the death penalty because their brains are not fully developed by that age. Prosecutors appealed the decision, and it eventually landed before the Kentucky Supreme Court.