#1 Reason why I’ll never be a doctor 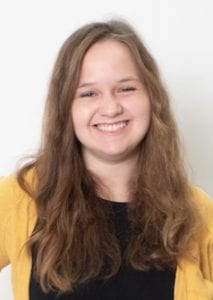 I have one more week as an intern under the Kentucky Press Association at the LaRue County Herald News. Over the last 9 weeks, I have written almost 20 articles, driven hundreds of miles, and talked to several people in LaRue County. I have learned a lot, but I think one of the pivotal moments was learning patience for my growth and myself.

I’ve been told throughout my life I am too mature for my age, but I don’t think my family has ever had the same thought. I’m the kind of person that puts the pizza in without preheating the oven and, as an avid book reader; I feel no shame in admitting that I read the ending first. I’m not even invited to movies anymore because, no matter how good the movie is, I continuously check the time to see if it will end soon.

All in all, I’m not a patient person.

Not with my time, or myself, at least. In order to make sure that I do everything I’m supposed to do correctly, I make consistent lists. In my first three weeks alone, I had filled up half a journalist notebook that was suppose to last for a year because I had constructed a rules list, a contact list, a place to draft my voicemails, and a place for questions to ask during interviews.

It’s not a new concept for me. It originated back in high school when I was in speech, took AP classes and took chemistry. I would write my to-do list on my arm so I couldn’t forget about anything I had to do. It’s a wonder I didn’t get ink poisoning.

All the organization was supposed to keep me from making a mistake, but as human beings do, I continuously made them.

Editing on Tuesdays were full of red ink, our editor, Doug, sending me revised editions of my articles, and there were a couple times the Herald News team wasn’t able to capture my mistakes and they were published.

Nobody was ever mad at my mistakes, they would simply request to fix it and it would happen, but I was distraught each and every single time. I felt as if my mistakes were evidence that I wasn’t cut out for this job.

It must have been pretty obvious that I was upset, due to the fact that I was crying, when I was told to put the notepads away that I was striving too high for perfectionism.

That is exactly what I have been told for years now. In my college classes, the professor would pause to ask me to stop taking notes and just listen. They reassured me countless times that I would learn that way, but I didn’t trust myself to remember, that it would be on a test, so I continued to take notes.

It’s quite ironic that it took me almost 20 years to learn enough patience to learn patience with myself.

I have a lot to learn in the next three years before I graduate. A lot of listening to people that know more than me, and a lot of mistakes to make as well. This internship has been one of the most life influential moments for my future, and I am so thankful that my hometown has continued its patience in teaching me.