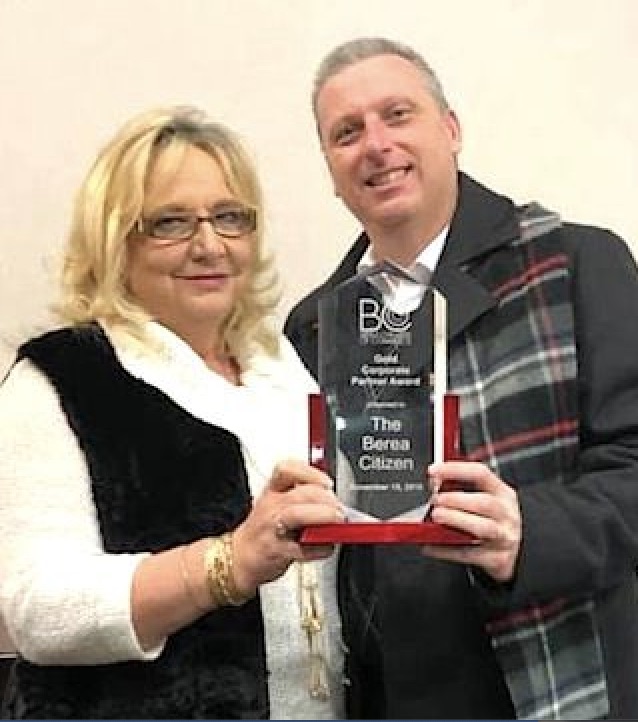 From the Berea Citizen

Keith Taylor has been named publisher and editor of the Berea Citizen and will officially begin his duties on May 1.

A veteran in the newspaper industry, Taylor has spent the past two years as news editor and brings a wealth of journalism knowledge to the position. Taylor spent 15 years as sports editor at the Winchester Sun, where he also served as design editor.

“I am very excited for Keith in his new position,” Nolan Group Media Vice President Glenn Gray said. “He is very energetic and brings a very positive attitude along with a valuable skill set in a time when we really need it given all that is happening. He has learned for the last year under one of the best in Teresa Scenters and I am very excited for our community to get a chance to let his talent blossom.”

He succeeds Teresa Scenters, who announced her retirement earlier this month following a 20-year tenure as publisher. Upon her retirement, Scenters was named publisher emeritus last week.

“I’m happy to be turning over the reins to Keith Taylor,” Scenters said. “The Citizen is in good hands.

“The community can be confident Keith will put his heart into running the newspaper.”

Taylor is looking forward to serving the paper in his new capacity.

“I’m excited to take over the helm of a fine publication,” Taylor said.

“I want to build on the foundation that Teresa began and continue to produce a product the community can be proud of and enjoy on a weekly basis.”

In addition to his duties at the Citizen, Taylor also covers the University of Kentucky athletics for Kentucky Today and has served as sports editor for the organization for the past three years.

He previously served as UK beat writer for Kentucky Forward and the Northern Kentucky Tribune, both online publications.

Prior to joining the Winchester Sun in 2001, Taylor began his career at The Richmond Register, where he was sports editor from 1995-2001.

Taylor has won numerous first-place awards in the Kentucky Press Association and currently is as a board member for the KPA, serving District 14.