The new inductees being recognized for their contributions to journalism are: 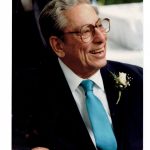 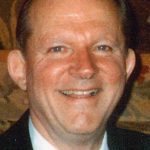 Lewis Conn and William Matthews, whose 1968 creation of the Newspapers Inc. changed the way Kentucky community newspapers were owned and published. (Conn is deceased and will be inducted posthumously.) 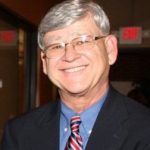 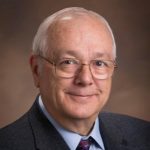 Dr. Mike Farrell, professor of journalism at the University of Kentucky, director of its Scripps Howard First Amendment Center, and former managing editor of The Kentucky Post. 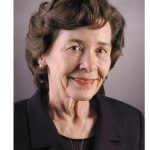 Mary D. Ferguson, who became the first female reporter for Hopkinsville’s Kentucky New Era in 1962, then a columnist and the Pennyrile area’s unofficial historian until her death in 2016 (posthumous induction). 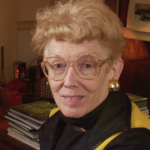 Bettye Lee Mastin, a retired Lexington Herald-Leader reporter and author whose writing about historic architecture helped lead to the preservation of many historic structures in the Bluegrass.

Tom Butler, retired vice president of news for WPSD-TV in Paducah, a mentor to several outstanding broadcast journalists and an advocate of strong journalism during his 35 years there.

Bill Francis, retired reporter and anchor for WDRB-TV, who covered Louisville for 42 years and was the first full-time business reporter for a Kentucky television station.

Joe Palmer, a Lexington native and UK graduate whose Thoroughbred racing coverage for the New York Herald Tribune in the 1940s and ’50s was hailed by many contemporaries as the best. He also worked as associate editor of The Blood Horse magazine in Lexington (posthumous induction).

The nine honorees will join more than 200 other journalists and news-media executives who have joined the Kentucky Journalism Hall of Fame since its 1981 inception. Members are chosen by a committee representing the state’s news media, Hall of Fame members, the UK Journalism Alumni Association and the School of Journalism and Media. Nominees must be either Kentucky natives or journalists who have spent the bulk of their careers in the state.

To reserve a seat for the Kentucky Journalism Hall of Fame induction luncheon on Friday, April 28, go to www.ukalumni.net/journalismhalloffame.

For more information, call Cheryl Edwards at (859) 257-1730. UK’s annual Joe Creason Lecture in journalism, which has usually been held the same day as the luncheon, is now a stand-alone event. It will be held April 18 and feature Terence Hunt, recently retired deputy Washington bureau chief and senior White House correspondent for The Associated Press.