Kentucky native, WKU grad helping with Reporters Committee for Freedom of the Press 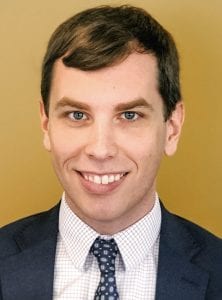 I had gotten a couple of emails from Josh and he’d made some “likes” on the KPA Facebook Page so I was familiar with the name.

Then came another email, asking me again to participate in the conference call. He told me that as a Kentuckian he hoped that KPA would be involved. That’s all he needed to say to attract my willingness, letting me know he’s a Kentuckian.

After agreeing to join in, I asked him about this Kentucky connections and from that information, I probably should have known him already, if not met him.

Here’s Josh on his background and Kentucky connections:

“I grew up in Muhlenberg County and graduated from WKU in 2011. While at WKU, I was editor-in-chief of the Herald, and I spent three years spearheading advocacy for the Kentucky Student Press Bill (guaranteeing student journalists their First Amendment rights). I worked pretty closely with David Greer on that, but it was ultimately unsuccessful.

“After WKU, I spent three years as a copy editor (and eventually copy desk chief) for Paxton at the Owensboro Messenger-Inquirer as they were building their consolidated production hub there. I left Owensboro in 2014 to go to law school at American University in D.C. I’ve been at the Reporters Committee since law school, first as a legal fellow then on staff.”