The Kentucky Standard took first place in six out of 16 categories in a multi-state journalism contest organized by its parent company.

One of those first place wins was the Landmark Community Newspapers Community Service Award.

The annual contest awards one newspaper first place for its contribution to the community it serves from among 51 weekly, semi-weekly and daily newspapers throughout Kentucky, Virginia, Tennessee, Nevada and other states.

The Standard was awarded for its coverage in 2017 of the investigation and impeachment of former Bardstown Mayor John Royalty.

“The excellent journalism reflected in this entry is deserving not only of this award, but of those more lofty,” the contest judges wrote. “The Standard performed the best measure of watchdog journalism and investigative reporting its community could possibly expect. The result was the first whistleblower ordinance passed by a local agency in Kentucky and the ousting of a mayor out of control. If there was ever a question of the intrinsic value of a small town newspaper, The Kentucky Standard has provided the answer.” 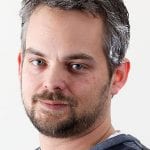 The award is considered the highest honor in the company, and The Standard’s newsroom took pride in accepting it.

“We believe at The Kentucky Standard that journalism is a public service,” said Forrest Berkshire, the paper’s editor. “Our coverage of this community is a partnership with our readers and sources. Many of the individual articles in this entry would have never been possible without people stepping up who knew of things and letting us know about them so that we could dig deeper.”