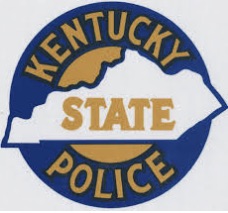 FRANKFORT, Ky. (WDRB) – Kentucky State Police has filed a lawsuit against WDRB News in an attempt to keep hidden internal investigations of troopers and other documents sought by reporters.

In April, the Kentucky Attorney General’s office ruled the department had violated the state public records law by refusing to turn over five investigative files and one internal affairs investigation, including probes into troopers who kicked and struck a handcuffed Harlan County man during a 2016 arrest.

State police declined to provide the records, saying they were for “administrative purposes only.” Moreover, police argued, the files were “preliminary” — a commonly used exemption under Kentucky’s Open Records Act.

But WDRB appealed the denial, contending that as long as police used the investigative findings in any final action, such as a disciplinary measure, they are no longer preliminary. Attorney General Andy Beshear’s office, which rules on public records disputes, agreed.

In a lawsuit filed in Franklin Circuit Court on May 9, the department called the attorney general’s ruling “erroneous” and asked a judge to delay turning over the records until a similar case has been decided by the Kentucky Court of Appeals.

In that case, state police filed a lawsuit in 2016 against a citizen, Lawrence Trageser, after the attorney general sided with Trageser and ruled that investigation files must be released.

Franklin Circuit Court Judge Thomas Wingate affirmed the ruling in May 2017, but state police appealed. The case is pending.

In WDRB’s request for records, the attorney general’s office concluded that the investigations and related interviews were used by State Police Commissioner Rick Sanders in his findings — whether any disciplinary action was taken or not — so they “forfeited their preliminary characterization,” Assistant Attorney General Michelle D. Harrison wrote.

Police violated the law by withholding “all of the investigations and related paperwork in their entirety,” Harrison wrote.

State police argued the investigations are for “administrative purposes only” and statements from troopers are “preliminary in nature.” In addition, police said troopers are told their interviews will not be made public.

Use-of-force-incidents are called “response to resistance” by state police.

In an interview, Amye Bensenhaver, a former assistant attorney general and co-founder of the Kentucky Open Government Coalition, said state police have “a long history of delaying and obfuscation when it comes to providing records to the public.”

“I think they’re hopeful that if they delay long enough that the records will become irrelevant or the story will go away.”

In a statement, Lawson said filing a lawsuit against WDRB is, by law, the only way to appeal the attorney general’s ruling. And until the appeals court rules in the similar pending case, he said “KSP will continue to follow its longstanding interpretation of the Open Records Act.”

At issue in one set of records sought by WDRB is an August 2016 incident involving Lewis Lyttle of Harlan County. State police initially said Lyttle did not follow orders, became combative and assaulted officers as they tried to arrest him outside a hospital.

But cellphone videos and more than a dozen sworn statements from eyewitnesses painted a different picture, and were the focus of a wrongful arrest and assault lawsuit against police.

State police eventually paid the man $130,000 and an internal investigation concluded that one of the officers used excessive force.

Sgt. Rob Farley was suspended 120 days and demoted from sergeant to trooper. None of the other officers were punished.

On Jan. 15, 2019, WDRB asked for the internal investigations and responses from all of the troopers involved, along with documents in other use-of-force cases.

The Kentucky open records law, as in most states, guarantees that police records are open to citizens unless a specific exemption allows the department to deny access to the information. This includes 911 calls, arrest records, accident reports, mug shots, confessions and other evidence.

Despite the department’s mandate of enforcing laws enacted by the state, state police have violated Kentucky’s Open Records law more than any other state or local government agency over the last five years, WDRB News found after reviewing hundreds of records disputes adjudicated by the state attorney general’s office.

And even when the attorney general finds the agency has violated the law, the agency often challenges the rulings in court, in essence spending taxpayer dollars to hide public records.

The court cases delay the release of records for months or years and force citizens and media to spend thousands of dollars on attorney fees to preserve their chance to get access to the records.

“I think the fact that they are taking cases back to the courts again and again and again on the same legal issue suggests a kind of abuse of that process,” Bensenhaver said. “I think it’s becoming…not laughable…but almost obscene the extent to which they are pursuing appeals on matters that are well settled in the law.”