Kim Woods, former vice president of advertising for the Lexington Herald-Leader, has been honored by the South Carolina House of Representatives as the first female African American publisher of a South Carolina newspaper.

Kim joined the KPA Board of Directors while with the Herald-Leader, beginning as the Ad Division Chair in May, 2014. She was elected as District 13 Board member in 2015. She then moved into the officers rotation as KPA Treasurer in 2017 and was elected Vice President of the organization in January, 2018. Soon after that election, she accepted a position out of state and left Kentucky.

TO HONOR AND CONGRATULATE KIM YOUNG WOODS ON HER RECENT RECOGNITION BY THE SOUTH CAROLINA PRESS ASSOCIATION AS THE FIRST FEMALE AFRICAN AMERICAN NEWSPAPER PUBLISHER IN ITS HISTORY. 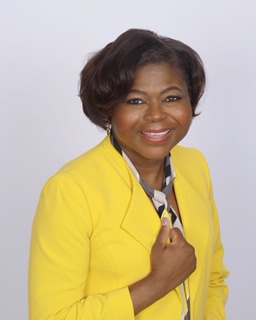 Whereas, the South Carolina House of Representatives is pleased to learn that Kim Young Woods recently was recognized by the South Carolina Press Association (SCPA) as the first female African American newspaper publisher in SCPA’s nearly 170-year history; and

Whereas, Ms. Woods, a native of South Carolina, served in the early years of the new century as publisher of the Yorkville Enquirer and The Clover Herald and as vice president of sales and digital for The Herald in Rock Hill; and

Whereas, moreover, her history-making service in South Carolina newspaper journalism is to be included in future editions of Palmetto Press: The History of South Carolina’s Newspapers and Press Association by Pat McNeely and Michael S. Smith; and

Whereas, in preparation for her career, Ms. Woods earned her bachelor’s degree in mass communications at Winthrop University in Rock Hill, followed by a Master of Education in counseling and development at the same institution. She is also a graduate of the Advanced Executive Management Program at Northwestern University in Evanston, Illinois; and

Whereas, since her years in South Carolina, she has served in various other states as vice president of sales and digital, West regional digital sales director, and associate director of recruitment and partnership services, the latter being her current position. In this present post, she works for Pearson in Chandler, Arizona. Her areas of expertise are sales and marketing campaigns, performance reporting, stakeholder relations, client relations, risk management, executive influence, sales strategy, and P&L; and

Whereas, the House takes great pleasure in saluting Kim Young Woods for her recent recognition by the SCPA, a worthy honor in an impressive career in the field of journalism. The members, grateful for her contributions to South Carolina’s newspaper industry, extend best wishes for much continued success in all her future endeavors. Now, therefore,

Be it resolved by the House of Representatives:

That the members of the South Carolina House of Representatives, by this resolution, honor and congratulate Kim Young Woods on her recent recognition by the South Carolina Press Association as the first female African American newspaper publisher in its history.

Be it further resolved that a copy of this resolution be presented to Kim Young Woods.