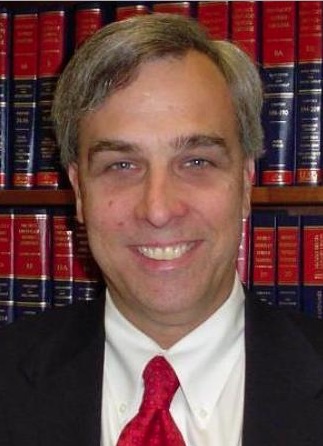 As announced a couple of weeks ago, John Schaaf is retiring from his position with the Kentucky Legislative Ethics Commission after a stellar career with the Legislative Research Commission before moving over to KLEC. I knew John had been a journalist so when I found out he was retiring, I thanked him for allowing On Second Thought to share his KLEC articles and to give me a recap of his journlism career.

John wrote that he “committed journalism” early in his career when he ran the Breckinridge County Herald-News in Hardinsburg. That lasted for about a year, in the early 1980s.

“It was a small weekly – front page, editorial page, sports, community columnists, obits, classifieds, photos, and I did my best to fill it with news of the local governments.  The county has three cities – Hardinsburg, Irvington, and Cloverport, along with the Fiscal Court and the county school district, so there was always some news.  After staying up most of the night putting it together, I’d often ride along with the delivery guy to leave bundles at different drop-off spots – stores, restaurants.

“I couldn’t have done that without my earlier experience as sports editor of my high school paper in Louisville, and later experience with the Kentucky Kernel at UK.

“In high school, I lucked out and came under the excellent guidance of Katherine Kirwan.  Mrs. Kirwan taught English and Journalism, and was the faculty sponsor of the school paper.

“According to her obituary, which I had to look up to refresh my memory, she helped establish the Greater Louisville High School Press Association, of which she served as president, and was president of the Kentucky State Council for Journalism Education.  Mrs. Kirwan was a great teacher and motivator, who won the National Award for Excellence in Journalism Program given by the Newspaper Fund of the Wall Street Journal (1962), the University of Kentucky School of Journalism Community Service Award (1980) and the Mildred Daugherty Award for English given by the Kentucky Council of English Teachers (1982).

“Teaching people how to write is a great gift, and it certainly shows the importance of high school and college journalism, and the motivation and encouragement that comes with having stories published in your high school or college paper.

“Anyway, we should all support these student journalists, particularly when their paper is having problems, as they are at UofL right now.”

At its recent meeting in Frankfort, the Kentucky Legislative Ethics Commission unanimously recommended that the 2020 General Assembly clarify state law to specifically prohibit legislators and lobbyists from engaging in sexual or workplace harassment against legislative employees, or other legislators or lobbyists.

In past cases involving allegations of sexual harassment, the Commission has proceeded under a more general ethics law relating to misuse of office.  The recommended change would enshrine specific workplace protections into the legislative ethics law, and provide that a violation is ethical misconduct, punishable by fines and other sanctions.

“Laura’s knowledge of the ethics law and her legal experience will allow the Commission to continue its tradition of advising on and enforcing the ethics laws in a fair and nonpartisan manner,” said Commission Chairman Anthony Wilhoit of Versailles.  The Commission is the only citizen-run (no legislators) legislative ethics commission in the nation.

Schaaf has led the Commission staff since 2015, and served as the Commission’s legal counsel since 2004.  Before that, he was General Counsel for the Legislative Research Commission (LRC) for 16 years, practiced law in Louisville, and ran a weekly newspaper.

In 1993, as LRC’s Counsel, Schaaf staffed the Task Force on Governmental Ethics, and drafted the legislation the General Assembly enacted as the Code of Legislative Ethics, creating the independent Ethics Commission.

Schaaf has been active in the Council on Governmental Ethics Laws (COGEL), serving on its Steering Committee.  COGEL is an international organization for government ethics and campaign finance administrators.

“John has had an exemplary career of principled public service,” Wilhoit said.  “He’s been instrumental in helping the General Assembly compile an excellent record of compliance and avoid the type of ethics problems which often occur in other states.”

Hendrix earned a bachelor’s degree in history from Washington University in St. Louis and a J.D. from the University of Kentucky College of Law.  She is a 2018 Council of State Governments Henry Toll Fellow.  She and her husband, Doug have three children and reside in Frankfort.

There are currently 724 businesses and organizations registered to lobby the Kentucky General Assembly, and 588 lobbyists registered to represent those employers.

By Monday, September 16, 2019, all lobbyists and employers are required to file Updated Registration Statements (expense reports) for the period May 1 through August 31, 2019.

The easiest and quickest way for lobbyists and employers to file is to visit the Commission’s website http://klec.ky.gov and click “file forms online.”

Employers which have recently signed up to lobby are:  Danny Wimmer Presents; Encore Technology; Harley Davidson Motor Co.; and KEPRO, a Pennsylvania-based company whose website states it is “the nation’s largest CMS-designated quality improvement organization and care management organization.”

Employers which have terminated and are no longer lobbying in Kentucky are: AARP Government Affairs; American Association of University Women; and Zoll, which develops medical devices.