KPA Board holds fourth meeting via Zoom; KPS ending the year on the upswing

The Kentucky Press Association Board of Directors was forced to hold another virtual meeting, via Zoom, on December 3. Since the COVID situation hit in early spring, the Board has been unable to hold in-person meetings. The last time the group gathered in person was at the January 2020 Winter Convention in Lexington.

The December agenda included a presentation of the October Kentucky Press Service financial statement that ended in one of the highest months in KPS’ 60-year history. With sales including a record political advertising placement ($1.137 million since June), October ended with $968,720 in sales. A preview into December’s placement was also submitted, showing December 2020 to be one of the higher year-end months since KPS began in 1959. Sales for December so far total $706,697.

The Board is hoping to gather in-person in January for a socially-distanced meeting that would include the Changing of the Guard when 2020 President Jeff Jobe passes the gavel to 2021 President Sharon Burton. That in-person meeting will depend on the COVID situation and any restrictions by the state to limit the number of persons who can gather in one location. A date and location is being discussed by the Board.

Regardless, the Board has already decided to forgo the 2021 KPA Winter Convention and will hold some virtual sessions via Zoom. Speakers, topics and dates are being developed and will be announced soon. The same goes for the presentation of the 2020 contests winners in Advertising and News. Judges from various states are completing the process now. Notification letters to winners will be sent after the first of the year. 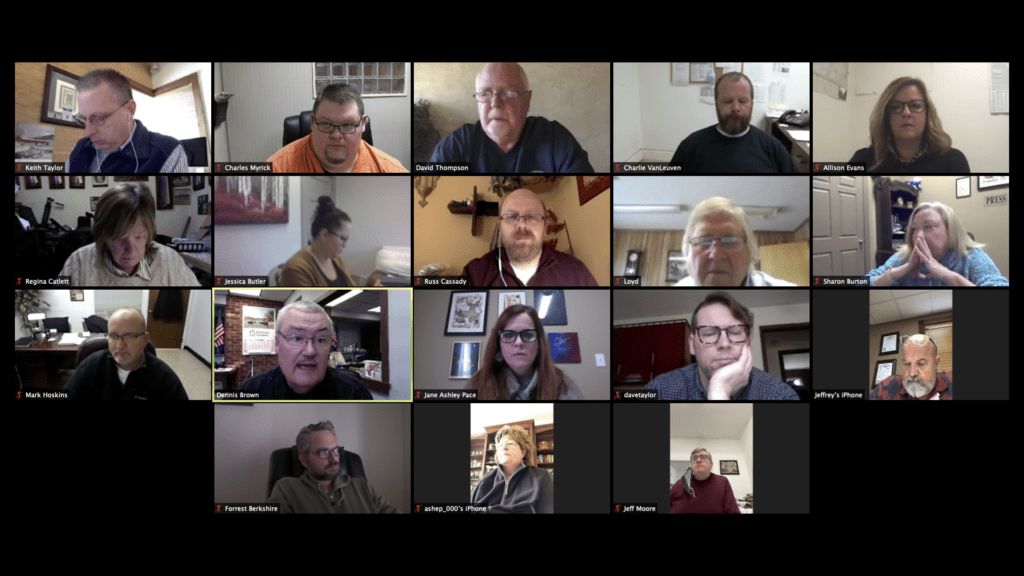