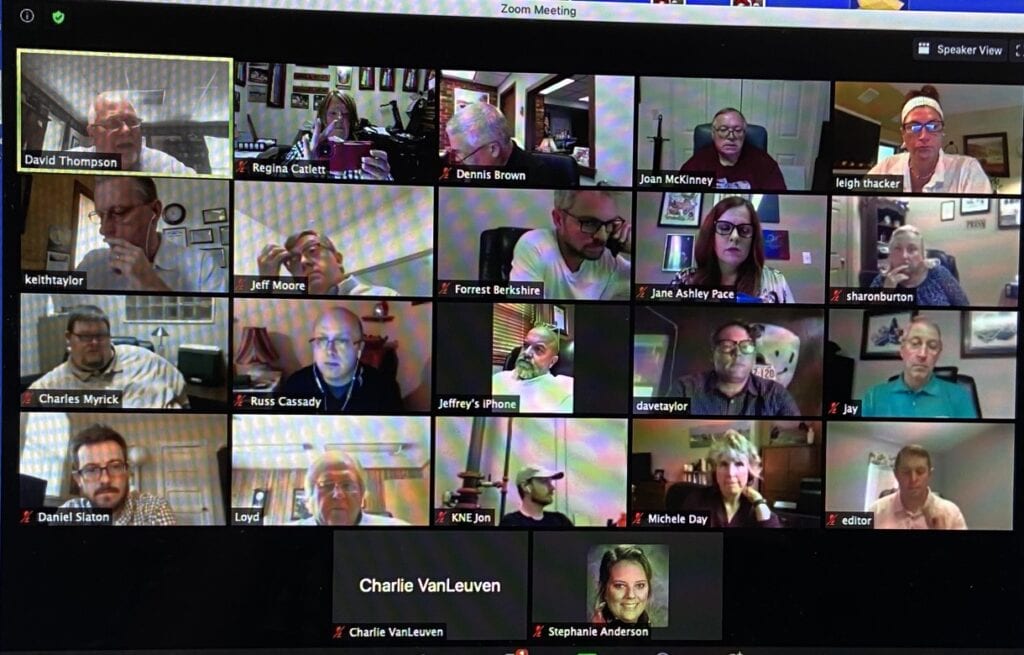 The Kentucky Press Association Board of Directors held its second virtual meeting, via Zoom, on Thursday, July 23. The first virtual meeting in KPA’s 151 years was held May 7.

Next on the schedule is a Fall Board Retreat, tentatively scheduled for November 5-6 at Barren River State Park. However, as it has with the Spring and Summer meetings, COVID-19 may play a role in whether that meeting takes place. Additionally, Barren River State Park is undergoing major renovations that may not be finished by the retreat time.

Participating in his first KPA Board member was Russ Cassady, editor of the Appalachian News Express in Pikeville. Cassady was nominated by ANE publisher Jeff Vanderbeck and being the only one nominated, was automatically elected to finish out the District 9 term through January 2022. The District 9 seat was vacated when the Greenup County News-Times was shuttered. Cathie Shaffer general manager and editor of the News-Times and was forced to vacate the board seat.

Cassady was named editor of the News Express in November 2011.