KPA Board member gets role in upcoming TV series 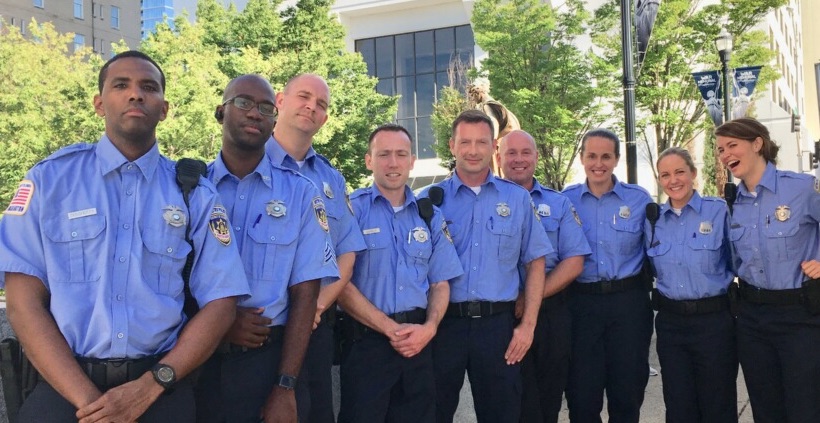 Melissa Mudd, third from the right, general manager/editor of the Butler County Banner and Edmonson News, is cast as a police officer in an upcoming TV series.

KPA District 4 Board member Melissa Mudd spent last weekend in Nashville for some filming of an upcoming television series. While she can’t identify the network or the name of the series yet, she did say she’s been cast as a police officer, one of nine in the series, and will be known as Officer Turman. And for the series’ role, she was loaned a brand new Dodge Charger as a prop.

In real life, she’s known as the general manager and editor of the Butler County Banner and Edmonson News for Jobe Publishing, Inc

This is her second opportunity to work in the industry, the first being as an extra in “Secretariat.”

She says she’s not thinking about this as a career but wanted the opportunity to meet some notable artists in the industry, to network and to tell people about what her real job is.

She’s also scheduled for a casting call in a couple of weeks to audition for a speaking part in a film and in a miniseries. Both are to be shot in Kentucky, one this year, one next year.