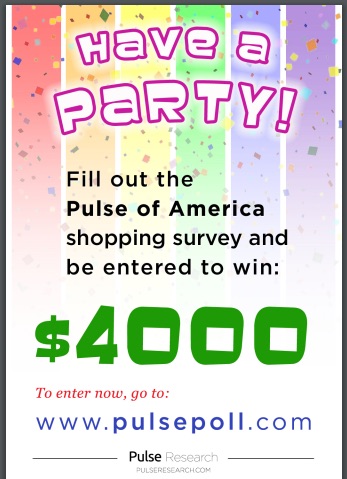 It’s been a few years since KPA undertook a statewide readership survey, part of the reason because of the cost of polling at least 600 residents. Costs can approach $20,000 to $25,000.

Pulse Research, based in Oregon, is in the process of a national online “Pulse of America” readership study and has invited KPA and its member newspapers to participate.

And don’t be misled by the ad at the left. That’s just a sample ad. Those readers who complete the online survey will be registered for the $4,000 prize given away by Pulse Research. It’s not an amount you will get for helping to promote the survey through your newspaper and social media offerings.

The upside is there is no cost to the association or member newspapers. The only requirement is that KPA, through its ad networks, and member newspapers promote the survey by running small ads. Readers will be invited to go to the online survey site and participate in the study.

We will get all of the information to member newspapers the week of October 24 so there’s nothing to do right now. Just sit and wait for more information coming from KPA and then help in promoting the study through your newspaper, TMC products and online ads.

The online survey continues through December and we will have the results in mid-January. Those newspapers who do help promote the survey will receive copies of the survey results. It’s an extensive online survey and includes questions about radio, TV, newspapers, sections of newspapers, readership of newspapers and public notices in newspapers. Preliminary reports from states that have participated show newspapers still have a strong readership and that only 10 percent of the public believe government agencies should publish notices on their websites.

So thanks in advance for helping promote this survey so that you’ll have extensive information to give advertisers and prospective clients about the strength of advertising in newspapers.