KPA Focus Plan and some directives from you, our members

2017 is the year of a Focus Plan for KPA. It’s not as involved as a Strategic Plan, but involved enough that we can focus on three areas in the newspaper industry as the Board sets the course for KPA in the near future. 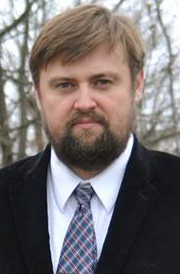 This project is the idea of KPA President Ryan Craig and we’ve been using a facilitator to help us see what we need to be working on and how we’re going to get there.

For this year, the three areas we’ve focused on are Technology, Advertising and Government Relations. About a month ago, our members were invited to participate in a survey. The facilitator has collated the results and gave us an overview earlier this week. There’s still more that must be accomplished in the next few weeks but the whole project goes to the full Board at its retreat October 26-27 in Berea.

Here are some of the highlights of the survey, mentioning only areas where there was a clearcut information given by our member newspapers:

• 78 percent of the newspapers allow for digital advertising offerings