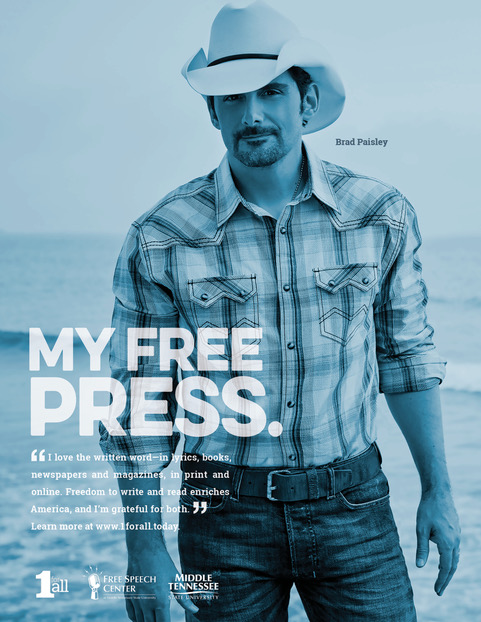 The Kentucky Press Association will be joining a nationwide effort focusing on a Free Press and the First Amendment that begins July 4.

Sponsored by the Free Speech Center, the campaign is totally non-partisan and directs the public and particularly students to 1forall.today, where they can learn more about the First Amendment. The campaign officially launches on July 4 and the organizers are reaching out to press and broadcasters associations across the country to join in. It’s also available for individual newspapers, newspaper corporations, colleges and universities and high school press associations to participate.

Ken Paulson, the former editor of USA Today and current director of the Free Speech Center, is launching a national campaign featuring ads with celebrities explaining what these freedoms mean to them. For example, one ad shows Brad Paisley explaining the importance of a free press. Think “Got Milk?” for the Constitution.

For more information about the 1forall campaign and a list of participating organizations, go to https://mtsu.edu/first-amendment/page/about-1-for-all