The focus around the Federal Communications Commission has been on consideration of net neutrality. But the commission has also been considering a change in the public notice requirements on broadcast applications.

Headed by American PressWorks and PRNC, a petition has been filed with the FCC to oppose any change to eliminate requirements of written notice of broadcast applications. 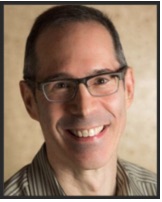 The Public Notice Resource Center and a host of state press associations signed the petition that is to be filed soon.

Below is the PNRC’s petition and a list of organizations supporting the petition.

Here is the conclusion of the petition:

We are opposed to any proposal that would eliminate the written notice in local newspapers now required for certain broadcaster applications under Section 73.3580. There is absolutely no doubt it would result in less public awareness and citizen input into those applications, and the Commission failed to provide any evidence that that would not be the foreseeable result of such an action. In its haste to provide broadcasters with “flexibility,” and to categorize even minor public notice requirements as “unduly burdensome” regulation, the Commission risks signaling its complete abdication of transparency into its proceedings.

The petition has been handled by Richard Karpel, executive director of American PressWorks Management and PRNC, in D.C.