KPA Past President elected to complete District 1 Board term 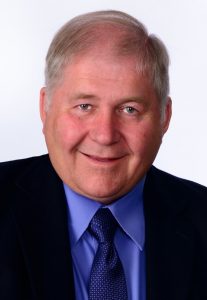 Loyd Ford, publisher of The Lake News in Calvert City, won a Special Election to serve the balance of an elected term on the KPA Board of Directors. The special election in District 1 was necessitated by the resignation of Barbara Atwill from the board.

Carrie Dillard, editor of The Paducah Sun, and Ford were both nominated for the position. Ford won the election, one of the first times in recent memory that every eligible newspaper in a district submitted a vote.

Loyd served as president of KPA in 2016.

Carrie is currently serving as State At-Large Board member, a position she has had since 2018. She recently chaired a Future Conventions Committee to help KPA improve its convention scheduling as well as identify locations outside of Lexington and Louisville where conventions could be located.