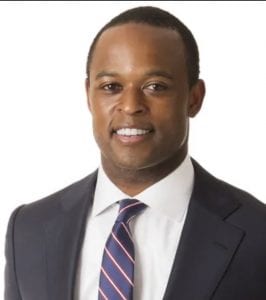 While most of the state constitutional officers don’t take office until January, Kentucky’s new Attorney General Daniel Cameron is already getting settled in.

That’s because Gov. Andy Beshear, Kentucky’s 63rd governor who was sworn in December 10, had to vacate the AG’s office when he moved to the Governor’s Office. And not wanting to leave the state without an Attorney General in place, he appointed Cameron to begin his duties December 17.

KPA President Jay Nolan spent part of this (Friday) morning in a sit-down interview with the new AG, the first Republican Attorney General in some 70 years.

During the question and answer session, Nolan was able to discuss three aspects — the three-legged stool if you will — of Open Government that are important to the public and to the media — Open Meetings, Open Records and Public Notice Advertising. Nolan was able to tell AG Cameron about KPA’s own public notice website — www.kypublicnotice.com — that the association put in place nine years ago. It allows for all notices printed in Kentucky newspapers to be posted on the worldwide web with free access to the public. The site is sponsored by KPA and the notices are placed on the website at no cost to the public agencies. Jay also gave the Attorney General a copy of  “Public Notice: An American Tradition.” It’s a brochure coordinated by the Public Notice Resource Center that is “An examination of the Role of Newspapers in Public Notice.” The pamphlet has also been made available to legislators and copies sent to all KPA members.

Nolan’s interview was videotaped and will be uploaded to the Nolan Media Group website as well as on the company’s eight newspaper websites throughout Eastern Kentucky. The video will also be uploaded for KPA’s use on its website and through On Second Thought, as soon as it is available.

Public notice legislation is expected to be filed during the upcoming 2020 Kentucky General Assembly and newspapers will be reminded to continue sending each issue to NewzGroup so all notices can be scraped and put on www.kypublicnotice.com.