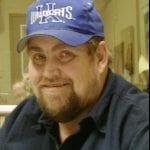 Anyone who had the pleasure of knowing Larry Craig has at least one, if not many, favorite remembrances of the late KPA Past President.

I have three though one is by far my favorite Larry Craig experience.

• We had invited a K-Mart executive to a summer convention to explain his company’s new (not favorable) stance on newspaper advertising. He went on and on about the advantages of some media and how others — newspapers — didn’t fit into their plans.

At the end, the K-Mart rep made the mistake of opening the floor to Q&A. Larry stood up and asked the guy, “Just what the hell are you doing here?”

• Larry was not a fan of Gov. Wallace Wilkinson, (was anyone?) and there weren’t many, if any, state legislators who earned Larry’s respect. Larry always gave the invocation at the Friday convention luncheons, prayers that were guaranteed to draw some snickers if not outbursts of laughter.

The Right Reverend noted the governor during the prayer and that the legislature had just begun its session, to which he prayed:

“Father, forgive them for they know not what they do.”

• But the favorite happened in either late 1984 or early 1985. We were having a News Editorial Division committee meeting at the old office on Capital Avenue. Larry was there as was David Hawpe and a couple of others.

The newby was Ed Staats, who had not been bureau chief of the state’s Associated Press bureau for very long. It was not just his first News Ed meeting, it was his first time meeting Larry Craig.

Jim Henahan, then editor of the Elizabethtown News Enterprise, was chair of the division but was running late for the meeting. We listened as Larry and Hawpe kept trying to outdo each other with stories, some true, some probably not very true.

We’d gotten about 15 minutes past the starting time and Staats was growing quite impatient. He asked, “So who runs this meeting if the chairman doesn’t show up?”

That’s all Larry needed, and remember Ed had never been around Larry before.

Larry put his briefcase on the conference table, slightly opened it, reached in, pulled his hand out, closed the lid and with his right hand, put a handgun (he always carried one) on top of the briefcase. He leaned back in the chair and told Ed, “I will if I want to.”

Staats’ eyes were about the size of silver dollars and I don’t think he said another word during the meeting.