Thayer said the legislature will “bank” today and use it only toward the end of the session if another day is needed. By constitution, the General Assembly’s 60-day session must end on or before April 15, which is on a Sunday in 2018. 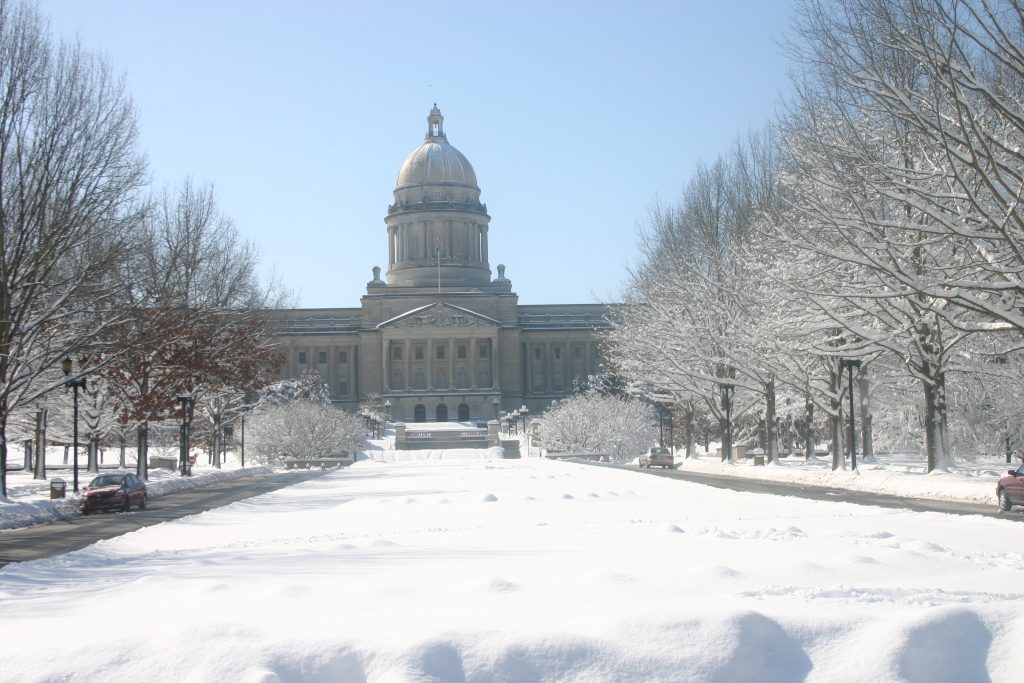 Anticipating the Capitol might look like this by late Friday afternoon, the Kentucky General Assembly canceled Friday’s agenda and sent members home Thursday afternoon. Please note, this picture was taken two years ago after a blizzard hit Kentucky in January, 2016.