This is known as the “Veto Session.” It’s a time during the session when the legislature takes two weeks off to allow the governor to read over all the bills sent from the chambers and see if any are unworthy of becoming law. If so, Gov. Andy Beshear can mark the Veto box on the legislation and send it back. The legislature reconvenes March 29-30 to consider overriding any of the governor’s vetoes.

But on those final two days, any legislation not through both chambers can be voted on and changes agreed upon by conference committees if necessary. However, any bills approved in the final two days can be vetoed by the governor and the legislature cannot override the vetoes. Those bills will remain vetoed and the legislature will have to reconsider them when the 2022 session begins January 4.

Senate Bill 48 — sponsored by Sen. Danny Carroll. Like HB312, it’s language we’ve worked with the sponsor on for at least two years. Concessions were made on the part of the legislator. But the dangerous part on SB48 remains with Rep. John Blanton. He filed a floor amendment Tuesday that would piggyback his House Bill 520 onto 48. You might remember the contents of HB520. That’s the one that could prevent the use of the governor’s name because he is a former attorney general. And you probably couldn’t even mention the Governor’s Mansion since it precludes mentioning where that individual lives. Nor could you mention his spouse or his children. Far-fetched ideas but that’s pretty much the attitude some legislators took with their bills in 2021. A link to that article from December 18, 2020, is at the bottom of this segment.

KPA and Kentucky Broadcaster Association members rose to the occasion of a legislative alert early in the week, asking that any floor amendments filed to SB48 in House be defeated. The word was Rep. Blanton was going to tack on his legislation to SB48 and by late afternoon, he did.

Now should it somehow gain momentum March 29-30, be approved with the language in House Floor Amendment 2 and head to the governor’s desk, it should be at the top of his list to veto.

Senate Bill 211 — from Sen. Danny Carroll but word came Wednesday he’s going to let it ride until the 2022 session because there’s not enough time left. This is legislation that would obviously be unconstitutional because it restricts badmouthing a law enforcement officer. Guess I won’t get to chant “U G L Y You ain’t go no alibi, you’re ugly” for fear of going to jail. I wouldn’t do that anyway because I respect their service but you get the picture.

Here’s a complete rundown on bills we’ve been watching, working on, lobbying on, courtesy of Top Shelf Lobby. Top Shelf has included links to news stories from across the state on bills of importance and concern. 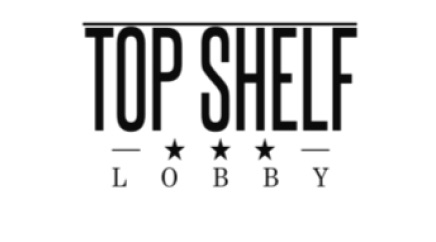