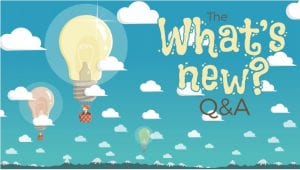 We asked newsrooms and ad agencies what they are doing today that they weren’t doing a year ago. Turns out quite a lot! This RJI series highlights some of the innovations and experiments we discovered and shares what leaders are learning along the way. We call it The What’s New? Q&A.

This Q&A has been edited for space and clarity.

A team at the Ventura County Star thought they could enhance their online presence and gain new audiences with two podcasts — one on local history and the other on prep sports.

Turns out they were right.

The Camarillo, California, newspaper staff initially set a goal to gain 300 listens a month for the weekly history show “Never 30.” “When Kitsch was King at the Wagon Wheel,” a segment about a roadside attraction that included an amusement park and skating rink, received 327 listens in the first 24 hours after it was published.

Season one’s eight episodes brought in more than 8,000 listens combined since the launch this past summer. Although most of the listeners were local residents, it also attracted listeners from across North America and the United Kingdom. The second season launches this week.

The 15- to 20- minute “Never 30” podcast is targeted to an 18- to- 54-year-old demographic. The two podcasts were the newspaper’s first dive into audio storytelling on its website.

Rogers recruited existing staff to help with the podcasts. During season one, “Never 30” host Andrea Howry, community content editor, interviewed local experts such as professors or museum curators on subjects, including the Great Depression, World War II and the 1970 shipwreck of a 12,500-ton cruise ship that was supposed to become a floating restaurant and hotel. However, after crashing during a storm and being pushed up near the beach, the hull filled up with sand and could not be moved, says Howry. It now serves as a permanent jetty. Other episodes feature long-standing businesses and roadside attractions.

Rogers and Howry used a dual approach to finding topics and sources. Rogers sought out possible interview candidates on social media. Howry pored over print issues from the appropriate time period to find excerpts to read.

The experts point Howry in the direction of additional sources.

Brainstorming as a team and asking the audience and co-workers for ideas also proved to be fruitful.

The podcast’s title makes reference to the tradition of writing 30 at the end of a print story.

“But there are some stories that have no ending,” says Howry in the podcast. “You can type ‘to be continued’ or ‘part two to come,’ but never 30.”

Read the rest of the Q&A here

What innovative projects are you working on in your newsroom or ad agency? We’d like to hear about them. Please contact Jennifer at nelsonjenn@rjionline.org.