Local officials use public notice as tool of vengeance 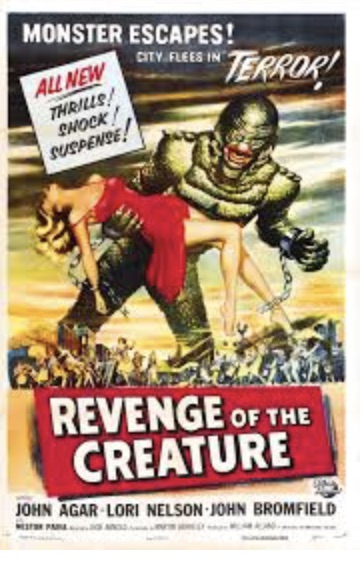 After 30 years of serving as the official newspaper in Gardner, Kansas, the local paper is calling foul following the town’s decision to pull its public notices and place them in another publication with no print circulation in Gardner.

“The council members are trying to punish me because they don’t like the way I have been covering the city,” said Rhonda Humble, owner and publisher of The Gardner News. “They are trying to shut me up.”

In mid-December, the city council, in a split decision, voted in a regular meeting to remove public notices from The Gardner News and begin placing them in The Legal Record of Olathe, a town about 10 miles away. Both Gardner and Olathe are in Johnson County.

Before the council designated The Legal Record as its new newspaper of record, the city had gotten into the habit of publishing brief public notice summaries when it annexed property, instead of the full notices she believes are required by law, Humble said.

She filed a formal protest with the city over the issue before the council retaliated. She is considering litigation.

Humble believes the council took its action because of her paper’s coverage of the annexation issue and the fact that The Gardner News has been critical of the city’s administrator, hired in April 2019 at a salary of $150,000. His compensation package includes incentive bonuses of $2,500 for every 250 acres annexed by Gardner. According to Humble, he has already earned $12,000 in annexation bonus income.

Gardner is a suburb of Kansas City, located in the northeastern corner of the state. According to the U.S. Census, its population is about 20,000. To its south is Edgerton, the site of a large industrial park and an intermodal transportation hub. Industrial development is spurring growth in the region, and parts of the newly annexed lands are being developed into retail, commercial and residential properties, according to Humble. Towns in the region are working with real estate developers to stake their claims by annexing property near the industrial park.

Deploying official-newspaper status as a tool of revenge is not particularly unusual. Many public officials get upset with their local newspaper over news and opinion coverage, and some threaten to pull public notice advertising as payback.

In the town of Newton, The New Jersey Herald recently faced retaliation by a school district in nearby Montague. Both townships are in Sussex County, located in the northwestern corner of the state, near the Pennsylvania border. The Herald is a daily newspaper with an average circulation of about 13,000, according to Bruce Tomlinson, the paper’s executive editor.

Tomlinson believes the superintendent of schools in Montague tried to discredit The Herald’s reporting by asking the school board to designate the Newark Star-Ledger and the Pike County (Penn.) Dispatch as the school district’s “official newspapers” for public notice.

The Star-Ledger, which is 60 miles east of Montague, doesn’t regularly cover Sussex County, and New Jersey law would prohibit the Pike County Dispatch from running notices because it publishes outside of the state.

Tomlinson says he believes the dispute arose from The Herald’s reporting on Superintendent Timothy Capone’s hiring practices and management problems.

“Last May, he hired an employee who had previously been suspended from his job as superintendent in another school district to a position in the Montague school system,” Tomlinson said. Capone also created a position for a former school board member’s son.

“Neither of those positions had a job description,” Tomlinson said.

The Herald also reported on mold found in a Montague elementary school and criminal charges Capone had faced for assaulting a special education student.

“He has suggested that our reporter’s sources are not properly vetted by us, but he has yet to point out any factual errors,” Tomlinson said.

In Gardner, officials cited cost as a reason to move public notices out of the News, according to Humble. The town’s mayor, Steve Shute, says the council based its decision on financial concerns and claims the move would save the city at least $48,000 over five years, she said.

“That’s only a tiny fraction of the city’s budget,” she said. She also noted that in 2019 the city ran about 92 public notices in her newspaper, and the “total amount of business was $16,360, according to our logbook.”

Humble added that no one from the city had ever complained about the cost of public notice ads or had ever asked to negotiate rates. But they have complained about her coverage of the town administrator and what she calls the town’s “annexation bonanza.”

For both newspapers, there is a silver lining.

The Gardner News has a weekly print circulation of 2,000, and subscriptions cost $50 per year. Humble, who says her readers have been supportive, recently ran a subscription drive that added 70 new subscribers to the newspaper’s mailing list. She believes she will eventually get the public notices back, even if she has to wait until the current city council members are out of office.

And in New Jersey, the school board ultimately rejected Capone’s proposal to move its notices from The Herald, voting it down 6-1.

While the public notices are still intact, Tomlinson doesn’t believe this is the end of Capone’s vengeance against the newspaper.

“I don’t think he’ll take another try at pulling public notices, but I would not be surprised to see him continue to try to discredit us and our reporting,” he said.