Look Ahead: New Edition of the Data Journalism Handbook to Be Released Later This Year

In an ever changing society that is constantly moving the goalpost for what a bona-fide fact looks like, one thing is for certain, the numbers don’t lie.

This year, newsrooms will have a new and improved tool to add to their data arsenal when the second edition of the Data Journalism Handbook is released this fall. Technically, you won’t have to wait that long as the first chapters will be released sometime in the spring as an open access book. Then, later, the full text will be available online. 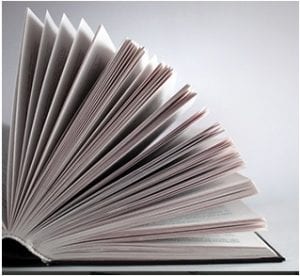 The new edition is intended as a “complement” to the first edition, which has been widely used in both newsrooms and classrooms and translated into more than 12 languages, according to Gray. The new second edition will be produced by the European Journalism Centre, in partnership with Google News Lab, and will be available in four languages.

Included in the new edition will be a detailing of the state of data journalism. Since the first edition was released in 2012, the media landscape has changed drastically. There have been all sorts of data collaborations among journalists, for example the work done on The Panama Papers, and the handbook is intended to build upon that, said Gray.

“As well as providing a rich account of the state of the field, the book is also intended to inspire and inform ‘experiments in participation’ between journalists, researchers, civil society groups and their various publics,” he said.

Journalists looking for new ways to deliver data they’ve collected beyond the usual graph or chart will find the innovation they’re looking for on the pages of the new handbook.

“Through the book we thus aim to explore not only what data journalism initiatives do, but how they might be done differently in order to facilitate vital public debates about both the future of the data society as well as the significant global challenges that we currently face,” said Gray.