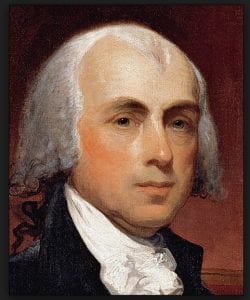 The center in the School of Journalism and Media at the University of Kentucky is requesting nominations for its annual James Madison Award. The award, created in 2006, honors the nation’s fourth president, whose extraordinary efforts led to the passage and ratification of the Bill of Rights.

The deadline for nominations is Sept. 1.

The nominator should submit a letter identifying the nominee, listing the nominee’s address, phone number and position, and explain why the nominee would be a worthy recipient. The letter should detail the specific efforts taken on behalf of First Amendment rights and should discuss obstacles and difficulties as well as the impact of the nominee’s efforts. The nominator may include up to three letters of support as well as other materials such as published or broadcast information.

Entries will be reviewed by a committee that will include previous winners and the director of the Scripps Howard First Amendment Center. The committee will have the option of not selecting a recipient if it does not believe any candidate is deserving.

The award will be presented at the annual First Amendment Celebration, 6 p.m. Thursday, Sept. 28, in the William T. Young Library auditorium on the university campus.