From the National Newspaper Association
Community newspaper mailers using white flats trays (tubs) will finally begin to earn a discount for employing the more efficient trays instead of sacks. USPS last week proposed new discounts for the flats trays at the carrier route and 5-digit sortation level, providing the first incentive ever for printers and publishers to opt for the more efficient container.
NNA Chair Brett Wesner, president of Wesner Publications, Cordell, OK, said the announcement that USPS would recognize the greater efficiency in the flats tray usage came at a welcome time for the challenged community newspaper industry. 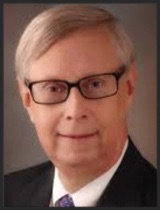 “NNA has led the way in encouraging these flats trays, with our Postal Chair Emeritus Max Heath having worked closely with USPS to develop the most efficient practices for publishers, printers and mail processing plants. For example, we secured USPS’s commitment to allow these flats trays to travel within Sectional Center Facilities without the green lids that have made the transportation of the trays a bit of a challenge for us. Now, USPS allows a stack of these trays to be nested within one another.

“It has been frustrating to us that after taking on the task of encouraging greater efficiency in Periodicals mail, we had not been able to get USPS to recognize that a price break for these containers would help us and help the Postal Service. But, assuming the Postal Regulatory Commission accepts this wise proposal, that day is at an end. We can now begin again to encourage our printers to request the white trays for our mail. NNA would like to thank the Postal Service team for its persistence in working with us to iron out the best practices for these containers.”
If adopted the new rate would begin Jan. 24, 2021.
The Postal Service also has proposed for 2021 rates that the first-class stamp rate will remain unchanged at 55 cents. The Every Door Direct Mail retail rate will be set at 19.2 cents. Within County and Outside County rate increases will vary but in total are within the inflation-based price cap which was 1.45% on the latest reporting date in August.
Wesner said that while the rates used by community newspapers are complex and the proposal will require analysis, the proposal seemed to be directed at encouraging efficiency in mail in general.
“For example, the pound rate for Within County mail will be unchanged as will several of the piece rates most commonly used by our industry. At the piece rate, the proposal asks for an additional $.012 for 5 digit Within County mail and $.018 for 3 digit mail. The carrier route rates most often used by our mailers will be unchanged,” he said.
Wesner said NNA would provide more detailed charts on the proposed rates through its Postal and Government Relations Committee after analysis has been completed.