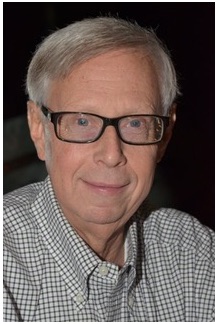 Max Heath, KPA Past President and Postal Chair of the National Newspaper Association since 1989

The Ohio Newspaper Association will be honoring Kentucky’s own Max Heath during its February convention. Here’s a note from Dennis Hetzel, executive director of ONA who of course was on the KPA Board when he was with the Kentucky Enquirer before taking the ONA position.

“We are giving our “Maxwell Award,” aptly named in this case, to Max Heath at our convention in February. The award is for service to our industry and named after William Maxwell, who founded The Centinel in Cincinnati in 1793 and is believed to be the first newspaper in the Northwest Territory that became the state of Ohio.”

Max was inducted into the Kentucky Journalism Hall of Fame in 1996. Here’s the vitae on Max’s Hall of Fame plaque:

Native of Campbellsville. Graduate of Campbellsville College where he started his professional journalism career as sports editor and news editor of the Central Kentucky News. Later served as managing editor, editor and general manager of Central Kentucky News-Journal for more than a decade, following service in U.S. Army as sports editor and editor of a military newspaper in Thailand. Became general manager of News Publishing Co., Tell City, Indiana, and editor of Perry County News, winning top awards from Hoosier Press Association. Named vice president and executive producer of Landmark Community Newspapers, Shelbyville. Has served seven years as chair of the postal committee of National Newspaper Association, which awarded him its President’s Award in 1989, Ambassador Award in 1992 and prestigious Amos Award for service in 1994. President of Kentucky Press Association in 1987; received award as most valuable member in 1985 and 1988 and for community service in 1992. Serves on board of Sigma Delta Chi Foundation. President, Louisville chapter, Society of Professional Journalists, 1983-84.

Max also is one of three KPA members who has twice been named Most Valuable Member of KPA. Those honors came in 1985 and 1988. He joins Betty Berryman and the late Donald B. Towles as a two-time recipient.