McGinnis takes over KPA Ad Division, joins Board of Directors 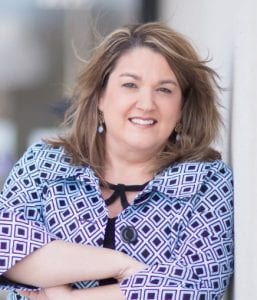 Heather McGinnis, senior director of Digital and Customer Success for the Lexington Herald-Leader/kentucky.com, has been named chair of the KPA Advertising Division. She takes office immediately and will be a voting member of the KPA Board of Directors.

She succeeds her previous boss at the Herald-Leader, Kim Woods, who was chair of the division for three years and also had just been elected Vice President of KPA when she announced in January she was leaving Kentucky.

Heather is a Marketing Communications graduate of Eastern Kentucky University (1997) and has been with the Herald-Leader since then. She has spent the last eight years overseeing digital transformation and for several years as worked closely with KPA to help train newspaper sales reps across the state on digital advertising and the changes it has made in the industry.

She has also served on the board for the Homebuilders of Lexington’s Homebuilders Care program, received the Publisher’s Award from the Herald-Leader in 1998, has been named salesperson of the year three times and has been manager of the Sales Team of the Year for three years.