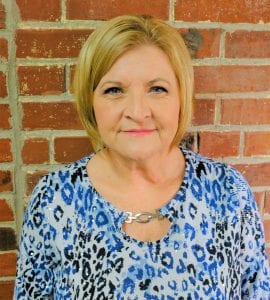 On March 9, the publisher of the Meade County Messenger, Rena Singleton, was subpoenaed to appear before the Meade County Grand Jury at 9 a.m. on April 13 to reveal the identity of Conrad Doyle, an anonymous columnist for the newspaper.

Doyle’s identity is being sought “for the purpose of a criminal information submission to the Meade County Grand Jury,” according to the subpoena. Doyle has been writing anonymous columns for the newspaper since November of 2019.

Kaplan Johnson Abate & Bird LLP, counsel for Singleton, filed a motion to quash the subpoena on March 12, saying that it violates both Kentucky’s source-protection statue and the U.S. and Kentucky Constitutions.

Michael Abate, who is representing Singleton, said that the situation was unprecedented.

“I’ve never seen a situation where a grand jury appeared to be considering charging somebody with a crime for publishing their views on matters of public concern in the newspaper,” said Abate. “I’ve never seen that, and I think it is breathtaking and remarkable if that is indeed what they’re trying to investigate.”

Abate says that anonymous free speech is a core principle for our country, one that has hundreds of years of precedent and case law behind it.

“There is a long tradition in our country of allowing this kind of speech, even, or indeed especially when it is critical of government officials,” Abate said. “…This subpoena is really a direct threat to the values that underly our democracy. It’s quite breathtaking. It’s short, but what it’s attempting to do is truly unprecedented and remarkable, I think.”

“The absurdity of this request is unprecedented in Meade County,” Singleton said. “Never in the history of the Messenger has such an attempt been made.”

Attempts to reach the Commonwealth Attorney for comment were unsuccessful.