Mike Alexieff returns to Kentucky, as a publisher with Paxton Media

From the Madisonville Messenger

Paxton Media Group, parent company of the The Messenger, has named longtime journalist and former editor of the paper Mike Alexieff regional publisher.

Currently publisher of Paxton’s newspapers in Middle Tennessee, Alexieff’s new responsibilities will include not only The Messenger, but also the Kentucky New Era in Hopkinsville. 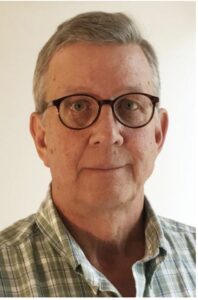 In announcing the promotion, Paxton Media Group Publisher Mike Weafer said, “Mike has a long track record as an award-winning journalist, and has successfully published our Middle Tennessee newspapers for the past two years. I’m confident he will serve our readers and advertisers in Western Kentucky equally well.”

Alexieff has spent most of the past 20 years in Kentucky, first as city editor at the Owensboro Messenger-Inquirer and then as the top editor at the Bowling Green Daily News. He has also been editor of The Eagle Post in Oak Grove, as well as The Messenger. Mike was also chair of the KPA News Editorial Division while previously in Kentucky.

Alexieff said he plans to move his office from Tennessee to Kentucky.

“I’m excited to add Madisonville and Hopkinsville to my duties,” Alexieff said. “I believe newspapers — and when I say newspapers, I mean our digital and well as our printed versions — are vital not only to the communities they serve, but to our democracy and society as a whole.”

Alexieff has been in journalism for most of the past 37 years. A graduate of the University of Texas at Austin, he has also edited or reported for papers in Texas, Arizona and South Carolina.

In addition to The Messenger and the New Era, Alexieff will oversee those papers’ associated weekly publications in Providence, Cadiz, Dawson Springs, Oak Grove, Russellville and Franklin. He will retain management of the Tennessee papers as well, which include Lebanon, Portland, Hartsville, Mt. Juliet and Lafayette.