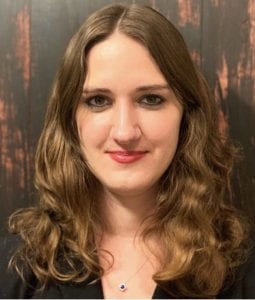 Journalist Liz Moomey, who has covered politics, city and community issues at publications in North Carolina, will become the Lexington Herald-Leader’s new reporter in Pikeville through the nationwide Report for America project.

Moomey, a reporter at the Salisbury Post in Rowan County, N.C., will cover issues throughout Eastern Kentucky and be based in Pikeville.

Report for America is a national service program that places journalists in local newsrooms to report on under-covered issues and communities through its reporting corps. It is an initiative of the nonprofit news organization The GroundTruth Project.

Starting in June, RFA will place 225 journalists in 162 newsrooms around the country, an expansion over the 59 journalists placed in the previous year.

Moomey will be one of three RFA corps member at the Herald-Leader, joining health reporter Alex Acquisto in her second year, and visual journalist Silas Walker, who will join the news staff in June and focus on coverage of issues in rural Kentucky.

RFA placed its first three reporters in Appalachia in January 2018. That group included the Herald-Leader reopening its Pikeville bureau with reporter Will Wright, who covered the region for more than two years. Wright was recently named a reporting fellow at the New York Times.

“I’m excited for the opportunity with Report for America and to continue forward on the foundation former reporter Will Wright has laid in Eastern Kentucky,” Moomey said. “I’m ready to make an impact on another community with my coverage.”

In addition to her work at the Salisbury Post, Moomey, a graduate of North Carolina State University, co-founded the community-based publication Issue NC. She will begin her role with the Herald-Leader on June 1.

“We’re committed to on-the-ground coverage of important issues in Eastern Kentucky,” said Peter Baniak, the Herald-Leader’s editor and general manager. “With Liz joining the team, we’re excited to keep our bureau in Pikeville going strong and thrilled to continue our partnership with Reporter for America in covering Appalachia.”

Report for America leverages a unique funding match model, paying half of a corps member’s salary, while encouraging and supporting its local news partners to contribute one-quarter, and local and regional funders to contribute the final quarter.

Community members are essential to support Report for America corps members. To make a tax-deductible contribution in support of the Herald-Leader’s RFA journalists covering Eastern Kentucky, rural issues and health, go to https://tinyurl.com/t6hf6e7. All contributions go directly to supporting Herald-Leader journalists in Kentucky.