More mail sent this week than since email came on the scene? 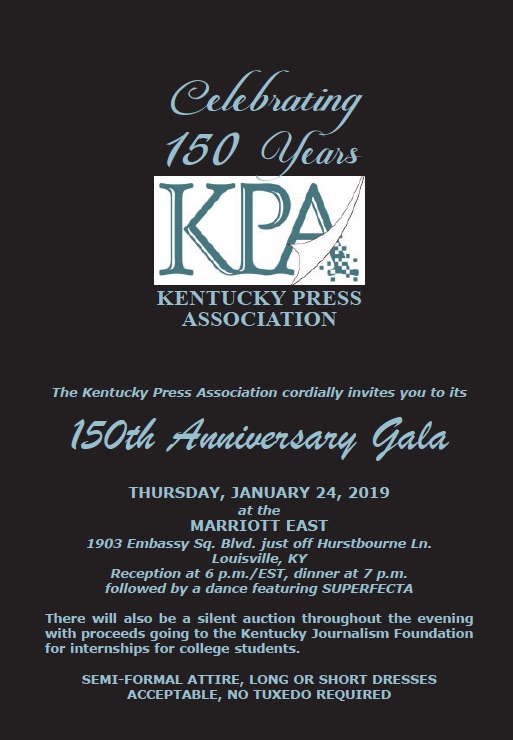 I’m sure your outgoing mail, first class that is, has probably declined substantially each year as you and your staff find it easier to use email. That’s true on the KPA side, perhaps more so this week than any week in years!!

We mailed about 250 invitations to the 150th Anniversary Gala for Thursday, January 24, and then some 95 letters to newspapers participating in the KPA Legal Defense Fund. It’s time for LDF newspapers to submit applications for legal reimbursements so we have to send a letter to each publisher, along with the application and the policies and procedures.

We also continue sending out dues invoices for 2019. So we’ve kept the post office busy.

As for the 150th Gala invitations, we’ve mailed on to each publisher, some other newspaper staff members, educators, Associates, friends, vendors and of course Board members who are publishers. The next plan is to send a couple of extra invitations to newspapers and encouraging them to invite legislators, former employees and even some vendors to attend the big event at the Marriott East in Louisville.

The cost is $75 per person, including the state sales tax, and we’re having a Silent Auction. The proceeds from that will benefit the Kentucky Journalism Foundation internship program and will be considered a charitable contribution.

So be watching your mailbox for an invitation to the Gala and to those in the LDF program, a KPA envelope with the letter and application for reimbursement in it.

Questions about either or both, give us a call and drop us an email.