Nearly 70 years earlier, issues newspapers had with public agencies were the same as today

Doing some straightening around the office, the Oldham Era’s Jane Ashley Pace found some interesting artifacts

Jane Ashley Pace, publisher of the Oldham Era in LaGrange, was doing some straightening around the office earlier this week when she ran across an August 5, 1952, letter from Vic Portmann who was secretary/manager of the Kentucky Press Association at the time.

Among the other surprises was an invoice for a Heidelberg Press. Cost? $3,500! They should have purchased three or four at that price!

A receipt dated September 9, 1911, for one-year subscription to the Oldham Era. The subscription cost? $1.00!

In the letter from KPA, printed below, Vic updated the membership on a decision by Judge Ardery of the Bourbon Circuit Court in a suit filed by Paris newspapers and the Kentucky Press Association. The suit was against “Bourbon and Paris officials,” and while there’s no documentation on the basis of the lawsuit you can imagine it’s probably similar to issues newspapers face with public agencies today.

And on down in the letter, in the last paragraph, shows quite common problem. A superintendent of Hopkins County Court admitted guilt in not having had published the school district’s financial statement for fiscal year 1950-51. His guilt caused him a $50 fine.

The years might have changed but issues with public agencies still prevail. 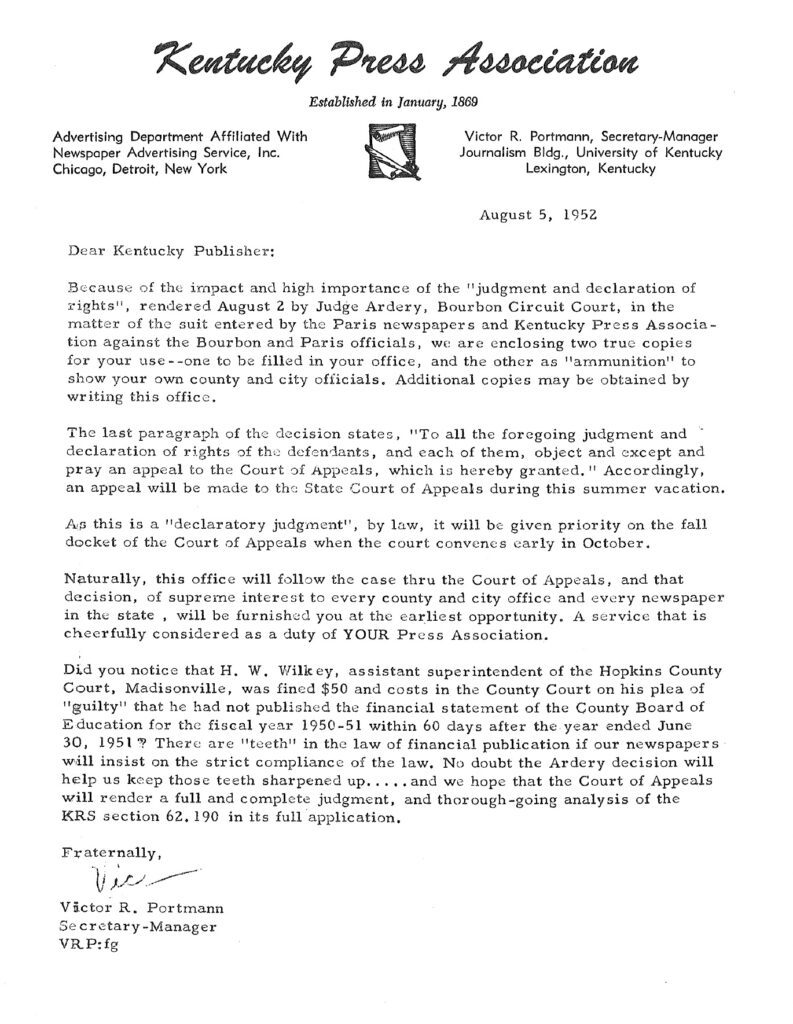