New Herald-Leader owners must ‘invest in our community,’ Lexington mayor writes to judge

Mayor Gorton complimentary of the Herald-Leader: ‘While it’s not always comfortable, it’s always

important to challenge the decisions cities make, and to deeply examine the actions of government.’

The day before the planned auction of the company that owns the Herald-Leader and 29 other newspapers across the country, Lexington’s mayor wrote a letter to the presiding judge asking him to consider the impact the move will have on communities.

Lexington Mayor Linda Gorton’s letter to U.S. Bankruptcy Court Judge Michael E. Wiles was one of several sent by mayors in cities with McClatchy-owned papers that stressed the importance of local journalism and of the decision of what will happen to the company.

The sale of McClatchy, which filed for bankruptcy earlier this year, is set to be decided Wednesday at auction. Judge Wiles would have to sign off on a sale on July 24, McClatchy has previously reported. 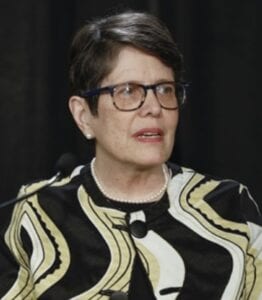 Gorton’s letter discussed her own experience with the Herald-Leader, and the impact the newspaper has had on the community.

“Since 1999, I’ve had a ringside seat to the forces that have led to Lexington’s growth and development,” Gorton wrote in the letter. “The Herald-Leader is one of those forces. It has been vitally important to our progress.”

The Herald-Leader provides information the people of Lexington need to be “involved, effective” citizens, Gorton wrote.

“Yes, the newspaper holds our feet to the fire through investigative stories and in-depth coverage,” Gorton wrote. “While it’s not always comfortable, it’s always important to challenge the decisions cities make, and to deeply examine the actions of government.”

Gorton acknowledged that, like many newspapers, the Herald-Leader has suffered budget cuts and job losses in recent years.

“Even so, it continues to demonstrate its importance to our community, most recently with its coverage of racial unrest in our town and of the COVID-19 pandemic,” Gorton wrote.

Gorton’s letter joined those from mayors in other cities with McClatchy-owned newsrooms, like Sacramento and Miami, that also made appeals to Wiles ahead of the decision.

Miami Mayor Francis Suarez urged the judge to consider “locally rooted” buyers when weighing the decision and Sacramento Mayor Darrell Steinberg called for consideration of local funding and donations to support the Sacramento Bee and other papers.

“We want our newspaper to emerge from this bankruptcy with owners who are willing to invest in our community, and provide us with journalism at its best.” Gorton wrote. “That is the tradition of our Pulitzer Prize winning newspaper.”