The office of the Grayson County News-Gazette in Leitchfield was severely damaged by fire Friday night. The fire was reported about 9 p.m. While no official word on the origin of the fire has been released, fire officials stated that it started in the rear of the building, in the kitchen area. An electrical problem was the initial thought of fire officials.

A story on the News-Gazette’s website was shared with all KPA email members on Tuesday. Below is a picture of the interior of the offices following the fire.

Here is the link to that story and two more pictures: 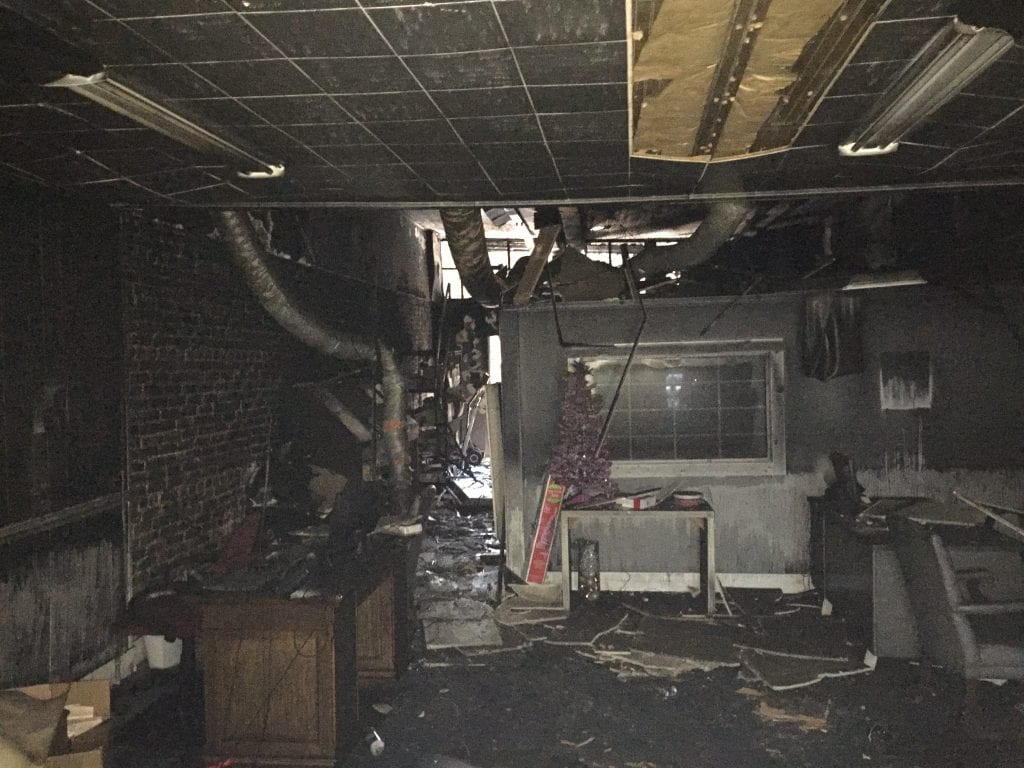