A new television series will premiere September 13 and James Scogin with the Georgetown News Graphic gets part of the credit. 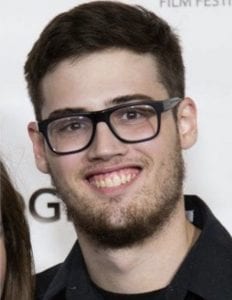 James, who serves as Digital Media Division chair and District 13 representative on the KPA Board was on the creative team for the series. It’s a “court TV” daytime program perhaps similar to Judge Judy.

Relative Justice is a syndicated, arbitration-based, unscripted, court show that pulls back the curtain on family matters, moving the drama from the dining room to the court room. Each case is brought before the honorable Judge Rhonda Wills, who presides with grace, compassion and tough love while dispensing solid legal advice to help families put an end to current conflicts.

James, who is the son of News-Graphic publisher Mike Scogin, said of his role, “I worked with producers with bookings and being a face for my team’s litigants making sure they had what they needed.”

Relative Justice will air in over 80% of the country, including 44 of the top 50 markets through launch partners including CBS Television Stations, Sinclair Broadcast Group, Gray Television, Nexstar Media Group, E.W. Scripps Company, and Tegna Inc., among others. It is the first nationally syndicated television show taped in Lexington with 150 half-hour episodes shot in a newly built studio complex which used to be the site of a former historic movie theatre.

“I’m proud that our team has been able to produce Relative Justice in Lexington,” says Misdee Wrigley Miller, CEO & Owner, Wrigley Media Group. “While our litigants came from states across the country, it was so nice to be behind this Lexington-based production, and to be able to send a message to the community that quality production can come from Kentucky as easily as it can from New York or Los Angeles – thanks in part to the recently renewed Kentucky Film incentive program.”

Miller said, “Relative Justice is a project we are extremely proud to be launching, offering Kentuckians the unique opportunity to be involved in a show typically taped in Atlanta, Los Angeles or New York.”

As the result of Kentucky’s Film Incentive, Wrigley was able to transform an abandoned movie theater into a state-of-the-art studio complex for production this summer. The project will create more than 300 jobs and inject nearly $10M into the Lexington economy.

James was also able to work with Lou Dennig, an Emmy-nominated television producer who has been behind the gavel of some of the most successful court shows in television history. Dennig was instrumental in launching Judge Judy, and produced Judge Joe Brown, Swift Justice with Nancy Grace, Divorce Court, The High Court, Personal Injury Court as well as various podcasts and pilots in the court genre.