Trent Knuckles said he had had enough. Decisions were being made that weren’t well thought out, and were detrimental or destructive to the city of Corbin. Those bad decisions came because of jealousy or out of pettiness. And the city government had become “inordinately secretive.”

So the Corbin News Journal publisher decided to run for Corbin City Commission. His first foray into politics earned him not just a seat on the commission but as the top vote-getter, he goes in as Mayor ProTem. 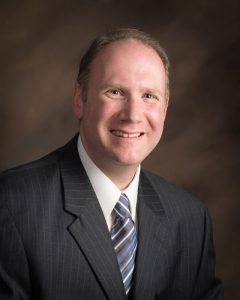 Trent says he gave a lot of thought to becoming a candidate and with his lengthy reporting background, he could call on his knowledge of the issues and how the city should be run.He finished with 1,337 votes, outdistancing second place finisher David Grisgby Hart by 126 votes. Three of the four commissioners elected will be serving their first term.

“Most importantly, I thought I’d be a good representative for the people of this town on city commission. I’ve covered city government, on and off, for 20 years and have a good basic understanding of the way things work. I thought I could use that knowledge to be effective. So often city commission races in Corbin aren’t really competitive. I don’t think elections are very good when voters have no real options. I wanted to offer them something different. I wanted to be a candidate that represented real, responsible change.

Trent continued, “Also, I had some concerns. In recent years, Corbin’s elected officials weren’t taking the city’s budgeting and financial position seriously. There were warning signs that should have been heeded, but were ignored. The city ended a couple fiscal years in the red, and it looks like they may do so again this year. We don’t know for certain because the city delayed release of its annual audit until after the election, which was obviously politically motivated and wrong.

“City government had become, I felt, inordinately secretive and, oftentimes, downright hostile when it came to questions about even the most basic things. Public meetings of the City Commission had become a sham where little to no meaningful discussion ever took place about what were often very important issues. Overall, I felt city government was too inward and citizen unfriendly. I wanted to change that.”

While there are examples of publishers serving as mayors or city council/commission members, or to another elected office, many newspaper companies have policies against their employees running for office.

He says he understands the basis for those policies but “It’s a thorny issue…I think a lot of it is situational.

“Journalists are often some of the most well-informed people in a community. They make it their business to know what is going on. I personally do not think someone that works at a newspaper should be precluded from serving in public office. They have a lot to offer. In my case, voters were well acquainted with me and what I do for a living. I made it a point to inform everyone of my connections with The News Journal. In the end, overwhelmingly, they chose me to serve them on city commission.”

Unlike candidates for statewide offices, local races typically aren’t based on any major platform. The desire is to serve the community, give residents a voice on the commission or fiscal court or school board and see what changes might come about.

“I didn’t have an official platform in the way that, say, the Republican or Democratic parties do, but I was very clear with people what issues were important to me,” he said. “I promised a more sensible approach to the city’s budgeting process and spending priorities, I want to lift the veil of secrecy at city hall and make it more citizen-friendly and responsive, and I wanted to reverse some decisions that had hampered our town’s economic development effort, ruined our annual community festival, and created a situation in part of Corbin were citizens are unfairly taxed more heavily than others.”

An obvious question was how he sees his new role outside of the newspaper affecting his relationship with not just the News Journal reporters but with reporters from other newspapers, other media.

“I don’t know how other reporters will view me or treat me, but my attitude will remain the same regardless. I am always respectful to all reporters because I know it is a tough job, and what they are doing is such a valuable service to the community. I understand what they are going through. I’ve been there. I still am there. I hope they know they can approach me and ask me anything, and I will try to give them the best answer or explanation I can offer.”

There are five on the Corbin City Commission including Mayor Willard McBurney with whom Trent says he has a “pretty much cordial relationship” with but that sometimes can depend on what the News Journal has reported. Trent noted that McBurney is in his 10th year as mayor and if he finishes out the current term, he will be the longest serving mayor in the Corbin’s history.