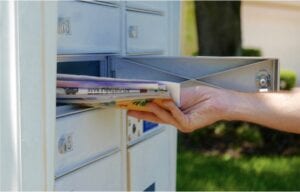 Arlington, VA – Tuesday the News Media Alliance and the National Newspaper Association – representing thousands of local newspapers across the United States – have joined a legal challenge of an order by the Postal Regulatory Commission (PRC) that would effectively eliminate a Congressionally-mandated limit on postal rate increases for Periodicals and Marketing Mail, which since 2006 has required postal rate increases to remain within a statutory price cap tied to the Consumer Price Index.

Under the new rate-setting system, the U.S. Postal Service will be able to increase the postage assessed to newspapers by roughly 9 percent annually over the next five years. Rate changes of this magnitude would be unsustainable for newspapers and could force small market and community newspapers to close their doors.

The current pricing structure has provided newspapers and other mailers with smaller, more predictable rate increases, which has convinced businesses to keep mail volume in the postal system. Removing the statutory rate cap will ultimately weaken the nation’s postal system through the loss of mail volume and revenue.

David Chavern, President and CEO of the News Media Alliance, stated, “The PRC is placing the Postal Service’s balance sheet problems – which Congress can fix – on local newspapers and other mailers at the worst possible time. As many newspapers are the only source of local news about a community, this will undoubtedly increase the number of ‘news deserts’ across the country.”

“Our organizations did not take lightly the decision to sue, given the financial stresses both upon the Postal Service and the industry. But the law is unclear about whether the PRC has the authority to eliminate the statutory price cap.  Clearly the PRC believes it has this authority and is prepared to give the Postal Service the ability to raise rates substantially above the cap.  Because Congress left the question of this authority so murky, we must now turn to the courts for the answer,” said Brett Wesner, publisher of Wesner Publications (Cordell, OK) and Chair of the National Newspaper Associatio

The News Media Alliance represents over 2,000 diverse news organizations—from the largest news groups and international outlets to local daily and weekly newspapers across the United States.