Next media packet project will be about food insecurities; September is ‘Hunger Action Month’ 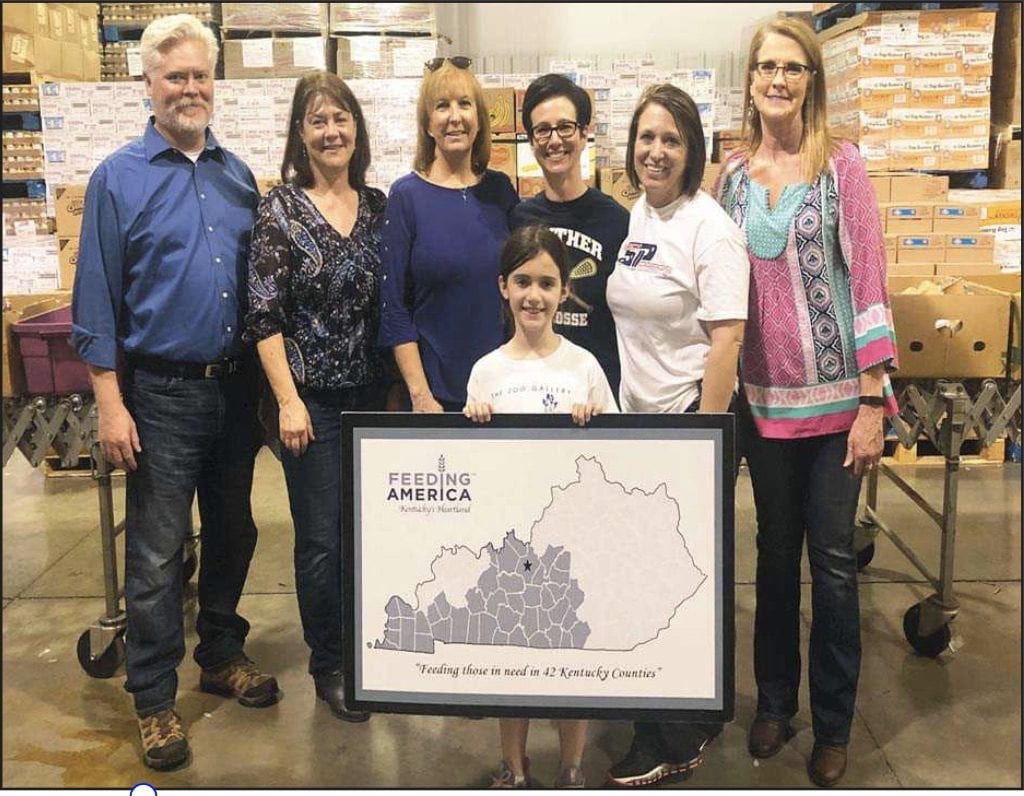 It’s amazing, and not in a good way, to hear about the number of children and seniors, in fact the number of Kentuckians, who are labeled “food insecure.”

As you can see by the cutline at the right, a good number of children in Kentucky could go to bed hungry tonight. And every night.

In the story below, taken from the Institute for Rural Journalism and Community Issues’ blog,  rural seniors have difficulty getting enough to eat.

Here are some stats:

Kentucky’s 8.4 percent food insecurity rate for seniors age 60 or older was higher than the national average of 7.7 percent in 2017, the most recent year for which data are available. Source: State of Senior Hunger report

And you may know that KPA Past President and former Kentucky Standard publisher Jamie Sizemore is now executive director of Feeding America Kentucky’s Heartland. That chapter serves 42 counties, primarily west of I-65.

Familiar with the project KPA has had the last few years with Prevent Child Abuse Kentucky in offering an media packet on Prevent Child Abuse Month, Jamie said recently that Feeding America is working on a media packet that will be shared with Kentucky newspapers. It will be a few weeks before it’s all put together but the packet will be made available through On Second Thought and through the KPA list serves for publishers and editors.

September is “Hunger Action Month” so Feeding America/Feeding Kentucky is hoping newspapers will help spread the word about the special month and show the alarming statistics about food insecurities plaguing Kentucky.

We’ll notify you in advance when the media packet is ready and direct you to On Second Thought and publisher and editor list serves for links to the media packet. In the interim, begin planning on what you can do — both in the newsroom and in advertising sales — to promote “Hunger Action Month.”

Rural seniors not immune to the problem

One in five rural seniors has difficulty getting enough to eat, according to a new study from nonprofit organization Feeding America.

Study co-author James Ziliak of the Center for Poverty Research at the University of Kentucky notes that rural economies haven’t recovered as quickly from the Great Recession. “Lack of jobs, lack of access to food and lack of income are hampering seniors’ ability to rest assured that they will have food when they want it,” Liz Carey reports for The Daily Yonder.

Nine of the top 10 states for food insecurity among seniors are in the Southeast. Nearly a third of seniors living below the poverty line are food insecure, which means they don’t know if they’ll have enough to eat. And about half of those seniors have very low food security, meaning they worry about food access frequently, Carey reports.

“Despite an improving economy and financial markets, millions of seniors in the United States are going without enough food due to economic constraints,” Ziliak wrote in the study. “This stubbornly high proportion of food-insecure seniors continues to impose a major health care challenge in the U.S. One group of practical concern is those seniors experiencing VLFS (very low food security), the ranks of which have especially swelled since 2001.”

The study found that rural seniors are more likely to be hungry if they’re divorced, widowed or separated; if they’re sick, disabled or unemployed, or if they’re renters, Carey reports. Lack of transportation can also be a factor: they can’t get food if they can’t get to the store or the food bank.

Seniors are less likely to take advantage of assistance like the Supplemental Nutrition Assistance Program because of pride, or because they don’t know they qualify, says Michael Halligan, the CEO of God’s Pantry, a food bank in Lexington, Kentucky. “I think we need to really think through how we’re going to take care of folks as our society ages,” Halligan told Carey. “It’s great to say people need a larger nest egg to live on, but how do we ensure people are stable? How do we get services to where people live rather than where they aren’t? I think we really need to envision and reimagine solutions to the problems that I see as indicators of increased risk for all seniors.”