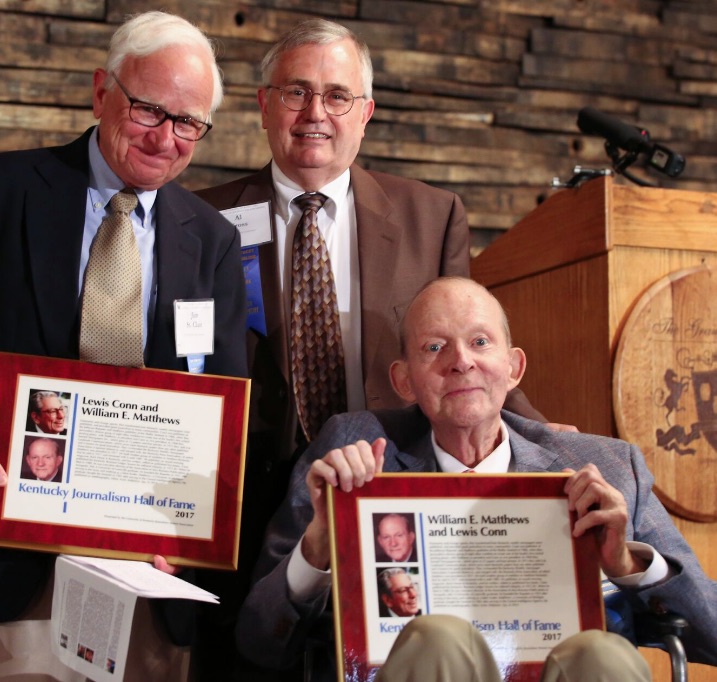 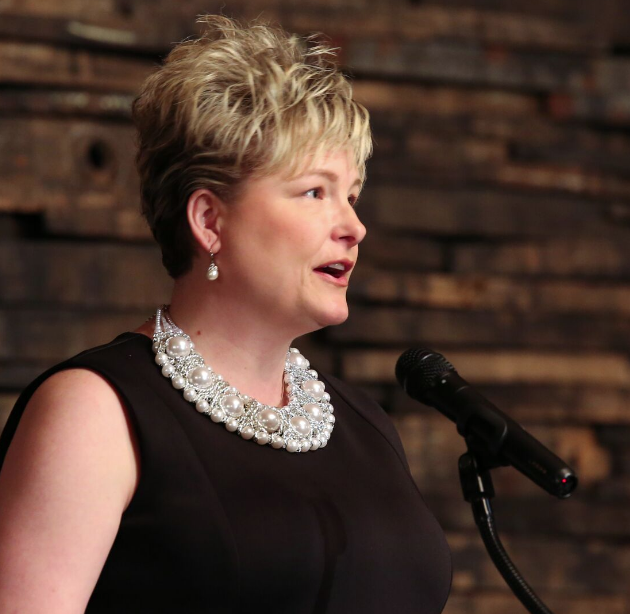 Lee Ellen Ferguson Fish accepted the Hall of Fame award on behalf of her mother, Mary D. Ferguson who died in 2016. Photo by Josh Qualls. 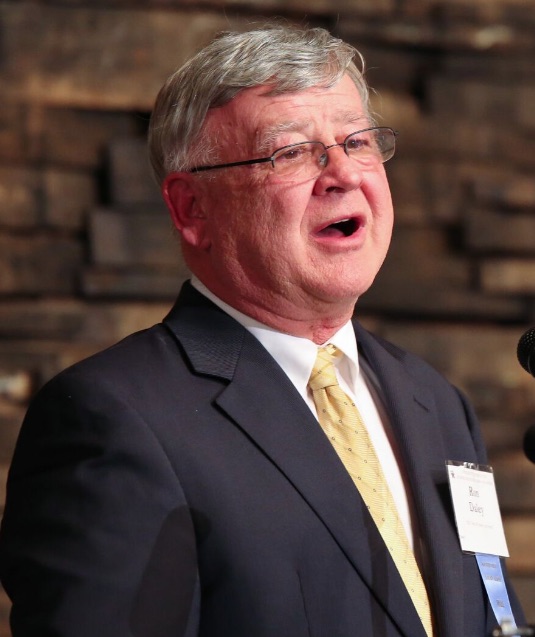 Ron Daley, former publisher of the Troublesome Creek Times in Hindman, was inducted into the Kentucky Journalism Hall of Fame on April 28. Photo by Josh Qualls.

The nine were honored last Friday in Lexington. Lewis Conn, Mary D. Ferguson, Tom Butler and Joe Palmer were inducted posthumously. The hall is sponsored by the University of Kentucky Journalism Alumni Association and has been installing members since 1981.

The Kentucky Journalism Hall of Fame recognizes Kentuckians who have made significant contributions to the profession of journalism. Nominees must be natives of Kentucky or journalists who have spent a significant portion of their careers in Kentucky.

The Hall of Fame has inducted Pulitzer Prize winners, reporters, editors, photographers, publishers, broadcasters, journalism teachers and others who have left their mark on journalism. Scan the honor roll of some 200 names and you’ll find the first African-American woman to cover the White House, the developer of gonzo journalism, a voice of Triple Crown races and winners of nearly every national journalism award.