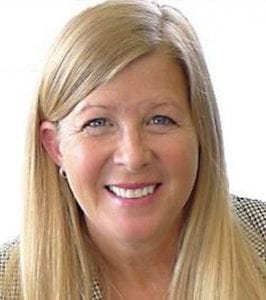 The National Newspaper Association, an organization of 2,400 members representing community newspapers across the United States, has engaged Lynne Lance Association Management (LLAM) to operate its headquarters after Jan. 1, 2019.

“NNA has benefitted from the solid expertise of newspaper people during our term with IPA,” NNA President Andrew Johnson, publisher of the Dodge County (WI) Pionier, said. “We see this shift to LLAM’s operation as a terrific opportunity to hone the operational side of our association and to capture the depth of experience that Lynne has brought to us. She has been the ‘face’ of NNA in so many ways this past three years.  We know our members trust her dedication to serving their needs.”

NNA’s headquarters moved to IPA in Springfield, IL, in 2015 after a term with split office locations in Columbia, MO, and Falls Church, VA.  It has maintained a public policy office in the Washington, D.C., area since 2001, when it began a new era of contract management.

“We have found that in this era of great change in our world, our ability to be flexible and deliver value to our members has been enhanced by our mobility. NNA has been fortunate for the past two decades to establish management teams who believe in community newspapers as we continue to target our mission, programs and services toward areas where we can serve best. We have great confidence that LLAM will continue in this tradition, and we thank IPA for its loyalty to community newspapers during our time in Springfield,” Johnson said.

Lynne was born in Okinawa and has lived in more than 10 states and three countries. Her father was a JAG for the U.S. Air Force. She earned a bachelor of arts degree in communication from the University of Alabama, Tuscaloosa, AL, in 1986.  Before joining NNA as membership director and then chief operating officer, she worked for the communications firm of O’Connor-Burnham & Company, Atlanta, GA; Daniels Press in Ensley, AL; Wordmasters in Springfield, IL; the Pleasant Plains School District, Pleasant Plains, IL, and was membership director for the Illinois Press Association.  Lance has been married for 30 years to Michael Lance and has two sons, Hunter, 29, and Chris, 26.