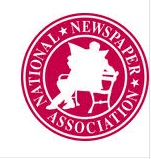 National Newspaper Association President Susan Rowell, publisher of the Lancaster (SC) News, this week wrote to the heads of the Senate Conference Committee on the fast-moving “Farm Bill”—HR 2—to urge protection of the Freedom of Information Act records on Supplemental Nutrition Benefit Assistance (SNAP) benefits.

NNA learned that some grocery industry groups are seeking Congressional relief after losing a decades-long disclosure battle to the Sioux Falls (SD) Argus-Leader. The Argus’s investigative reporting team began more than a decade ago to analyze rapid growth in use of taxpayer-funded SNAP benefits. The U.S. Department of Agriculture, which keeps the benefit-use data, initially objected to the release. After losing one round in the U.S. Court of Appeals for the Eighth Circuit, it ceased to oppose the release but food industry groups took up the cause. They have maintained that release of the records would affect competitive interests.

The Argus has already won two appeals in the Eighth Circuit and a District Court bench trial. But Supreme Court Justice Neal Gorsuch recently put a hold on the release of data to allow the food industry to appeal to the Supreme Court.

Rowell said NNA remains ever vigilant of end-runs on the FOIA statute.

“FOIA already has eight very strong exemptions to protect legitimate interests against disclosure, but the law is written to protect the public’s right to know. The benefit of the doubt should always be with the public. In this case, there is a strong interest in knowing how SNAP benefits are used. They are funded from taxpayers. There are frequently allegations of fraud in the program, gaps in service from ‘food deserts’ where hungry people cannot find groceries, and price gouging. This is a program crying out for smart journalists like the Argus team to dig in, and educate their readers. Both SNAP users and taxpayers would benefit from these disclosures,” Rowell said.

The letter from Rowell to the heads of the Senate Conference Committee can be found here.